Convicts sent to Australia from England and Ireland were sentenced to either seven years of hard labour, fourteen years or life. None were allowed to return home. That was the punishment: to live out their lives on the opposite side of the world, far from civilization.

Those who escaped mostly assimilated into Aboriginal tribes beyond the frontier of settlement. Finding a berth for the perilous, eight-month return journey was almost impossible.

In one of history’s customary ironies, some convicts found life in the antipodal hellscape agreeable enough to send for their families, a policy encouraged due to the severe sex imbalance. Colonial women frequently suffered problems during labour because they were small from growing up in poverty while their unborn babies grew large from their mother’s new, protein-rich diet.

They were still poor but land was plentiful and mutton was cheap.

Few of the big, colonial-born subjects of the Empire returned to their ancestral homelands. They were allowed to but the tyranny of distance meant that few could even consider such a journey.

In later years, many Europeans would emigrate as free settlers in hope of a better life. Like the convicts, their farewells were mostly final as few saw their relatives in the old country again.

In 2021, we see a rebirth of this strange phenomenon of prison-island-as-haven.

END_OF_DOCUMENT_TOKEN_TO_BE_REPLACED

As the US circles the bowl, I’ve noticed for some time that Australia seems to be in slightly better shape. Not good shape, but better.

It’s certainly true that Based America put up much stronger and more effective resistance against Covidian tyranny. If one of youse crosses the Rubicon, I may apply for asylum there on the grounds of being a Stateless Person.

Overall, however, Australia has outperformed the US on these measures:

On this last, Australia is suddenly catching up to our cousins across the pond. The latest federal budget will plunge Australia into a level of debt that may drown us.

END_OF_DOCUMENT_TOKEN_TO_BE_REPLACED

Black Pigeon has a video explaining how demoralization is the first of four steps in subverting and taking over a nation. We’re now up to about Step 3.

Demoralization involves undermining a nation’s confidence and faith in its own moral fibre. Among the Woke, this has been achieved totally: they fervently believe everything about the West has always been broken and are prepared to use violence to upend it all and set it right.

END_OF_DOCUMENT_TOKEN_TO_BE_REPLACED

Luisman’s recent post (in German) made me realize that identical policies are not going to have the same impact everywhere, because the populations are different.

END_OF_DOCUMENT_TOKEN_TO_BE_REPLACED

The next poorest group, with a net worth of up to $5,000, have the lowest credit card debt, and the amount of debt goes up steadily by each wealth category from there so that the households with the most owing on their credit cards are actually the richest – those with a net worth of over half a million dollars.  Those households with higher incomes also tend to have higher credit card debts[i] – apparently that high income still doesn’t allow them to meet all their wants, so they END_OF_DOCUMENT_TOKEN_TO_BE_REPLACED 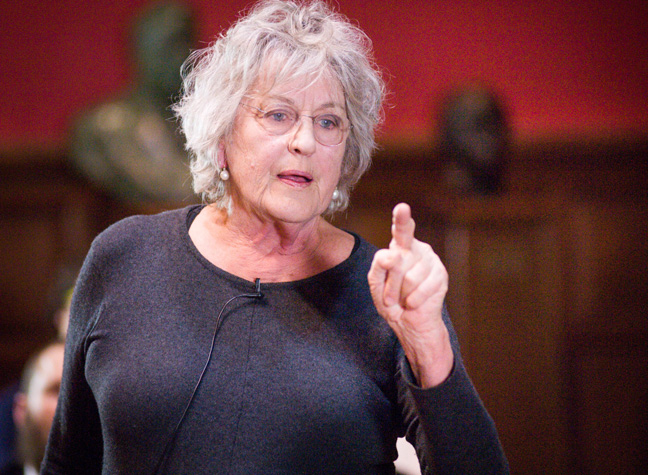 Australians hate expats.  That may be because our expats are so annoying.

I remember once Germaine Greer announced from her lofty heights of moral purity that she would only return to Australia if she got permission from the Aborigines, because really whitefellahs don’t belong there and all that.  So someone scrounged around and found some Sydneysiders with a bit of indigenous heritage who invented some kind of welcoming ceremony for her at the airport, much to the embarrassment of all other Australians.  I wish to imagine that the ones doing the silliness at the airport also looked a bit ashamed of themselves, but I can’t really remember and don’t care to look it up.

And then there’s John Pilger, who to mark the 2000 Sydney Olympics decided to END_OF_DOCUMENT_TOKEN_TO_BE_REPLACED

Am I still Australian?  People say my accent has gone funny.  Foreigners tell me they normally can’t understand Australians but they can understand me.  Perhaps living abroad for so long has planed off the rough edges of my speech, slowed it down, standardized it.  I worry it has done the same to my mind.

This is my dozenth year spent overseas.  Australia to me now is mostly a END_OF_DOCUMENT_TOKEN_TO_BE_REPLACED

Yes, it’s not a typical headline over here at the People’s Blog, but the time has come to cast away my amoral mask and to acknowledge the bottomless oceans of compassion and love that are bursting to escape the prison of my heart and squirt all over your upturned faces.

A rather rough looking fellow named Hassan Abdul-Rahim took umbrage at being asked to move his Merc to another window at a McDonald’s drive through.  Disappointed and upset, he spat a monstrous amount of phlegm in the cashier’s face, managing to get some in her mouth.

A regular collection of obscure news and outlandish opinion.

Mysterious ghost ships containing headless bodies have been appearing along the Japanese coast.

Baby dies after parents throw her out with the trash.  Ah, safety Japan.

A small Japanese city attracts tourists with a big-titted anime character, causes a stir.  Yes, the article has a picture.

Our old friend syphilis is making a comeback in Japan.  Guess which demographic is ‘most at risk’?  If you END_OF_DOCUMENT_TOKEN_TO_BE_REPLACED

A regular collection of obscure news and outlandish opinion.

Today’s going to be a bit of a Thai special.  When in Thailand, always order the special.