Nice of the Woke Brigade to put on some lockdown entertainment for us, burning down their cities and spreading that deadly virus that’s about to kill us all (whoops, that was last month’s hysteria).  Those getting their businesses burned and looted are not so entertained as the rest of us, but balancing that is big business, who seem more entertained than anybody.

What a year it has been for big business.  First the lockdown kills off their independent competition that can’t access capital to survive and doesn’t get the insane government handouts the big boys are getting.  Then rioters burn everything down – the big players will shrug it off, the family-run enterprises will die.  Everything’s coming up Milhouse.

As he often does, Steve Sailer gets to the bottom of things.  This is the logical end result of mainstream thinking: if we’re all the same, and blacks are suffering worse outcomes, then the only reason we’re permitted to suggest is that white people are bad.

Not sure what to make of Banned Hipster.  On one hand, he often invokes conspiracy theories to get clicks and always blames too much on the Jews.  On the other hand, in his most recent post he shows that he can be more reasoned and level-headed than all of us.  He points out that the present protests are childishness, and the children are begging to be put in their place.  Same as the hippies.  It is not a deep-state coup.  Trump is acceptable to them.

Having said that, my study of history warns me to be cautious.  China might be able to control mobs, setting them on the Japanese then quieting them the next day.  The West cannot do this.  Mobs can get out of control, events can conspire, and any revolution is a mad roll of the dice because whoever completes it will probably not be the same group in charge in five years’ time.

In addition, these events are building hate.  The resentment of blacks towards whites was already there.  What is growing, is the ill will of the Bad Whites and Normie Cons.

This conflict is not between black and white.  Minorities are camp followers.  This is a war between two groups of whites, and this month they came closer to the unthinkable.  So far the Good Whites have only been burning their own cities, so this is not enough to light the fuse.  However, the US is now only a few crazy steps away from catastrophe, and crazy steps seem to be its speciality these days.  My post saying everything’s fine was a little premature.

Bizarrely, Donald Trump seems to be the one being the most restrained, some would say overly so.  Didn’t see that one coming in 2016,

What else is going on? 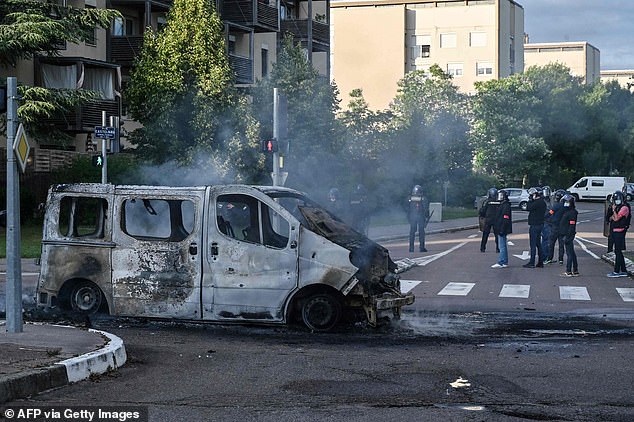 Not so big in the mainstream press is the news that a war is raging in Dijon, France, between . . . well you probably already guessed, of course it’s between the Chechans and the Algerians.  Apparently some Algerians beat up a Chechen teenager, so AK-47 toting Chechans have stormed the town (using BLM chaos as cover) attacking anyone who looks Arab.  They’ve been at it for three days.  That diversity’s going to help strengthen the authorities currently struggling to regain control.

Google erases Winston Churchill.  They said it was a glitch due to updating a picture.  Fair enough, these wet-behind-the-ears startups are still ironing out some bugs.  Gone With the Wind and a white scientist have also been purged. 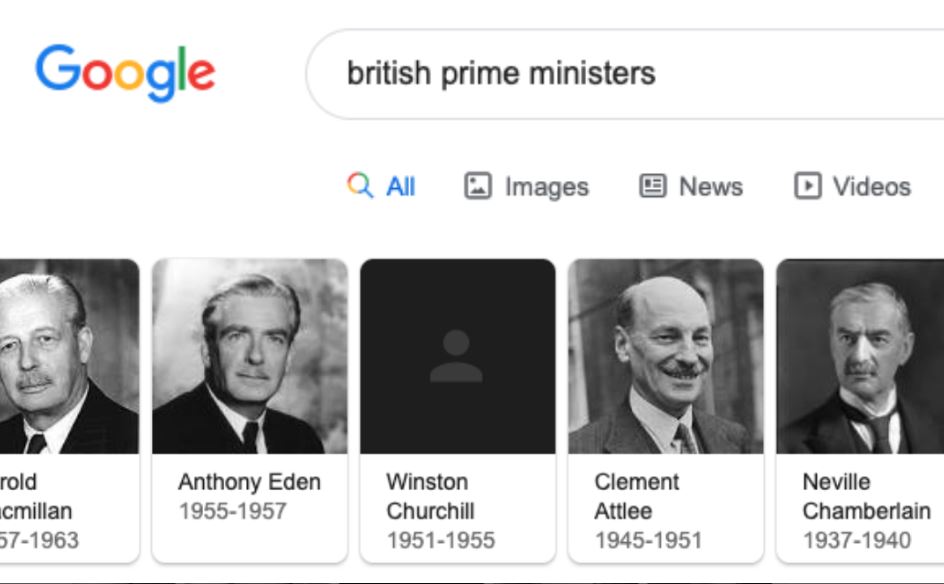 Well, we’ve finally got there. I wrote about how stupid ideas emerge in academia and peculate out to media and then society.  I used as an example the idea I first heard in a univerity tutorial in about 1999 –  that only white people could be racist.  The final step is here: Merriam-Webster has pozzed in obedience.  They’ve not quite made the word white-only, but that will come.  They did apologize, though.  They can all get frindled.

Gunner Q looks askance at the direction of modern Christianity – for some, repentance is not enough to overcome our White guilt for the sins of our fathers.

Also from Gunner, this looks like a new record: a sheriff’s deputy got cancelled for an email he sent 16 years ago.

Chinese cheating is rampant in US colleges.  This was obvious to me as a uni student, back when Stegosaurus roamed the Earth.  The reason was pretty simple, apart from Chinese culture’s lack of discomfort with that sort of thing: Aussie unis would admit them with a level of English that was way too low, because they were big fat cash cows.  The corruption would then flow through the system, with academics unable to fail illiterate essays or students who were obviously cheating, writing brilliant essays they could not answer the simplest question about.  Local students surrounded by Chinese would no doubt catch the bug.  It’s been getting worse since then.  Hence, I’ll be glad if the CCP follows through on its threat to stop the students coming as punishment for whatever our latest insubordination was.  Some unis will go broke (there are too many), and what skinny institutions remain, will be more virtuous. 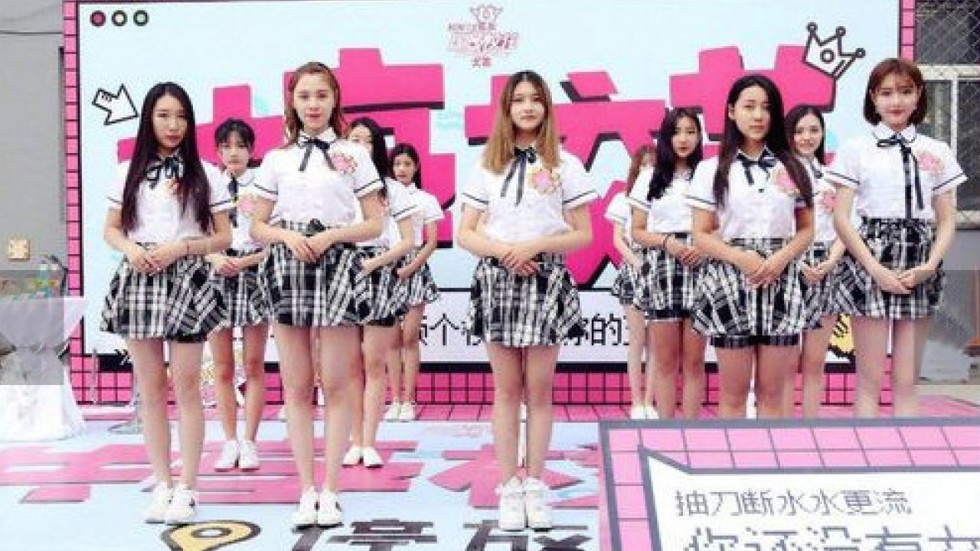 The story to that image is here.

Oh on that, a student from the University of Queensland got suspended for two years for protesting against China.  No word yet on how many of his organs got harvested.  I’m kidding, this has nothing to do with the Chinese government, which celebrated the penalty in state-run media.  One Australian student quoted said:

I think Pavlou took it way too far and his activities are counterproductive toward creating social cohesion in spite of COVID-19 and diplomatic tension between Australia and China.

That sounds like a true blue, dinky-die, grouse Aussie shearer to me. 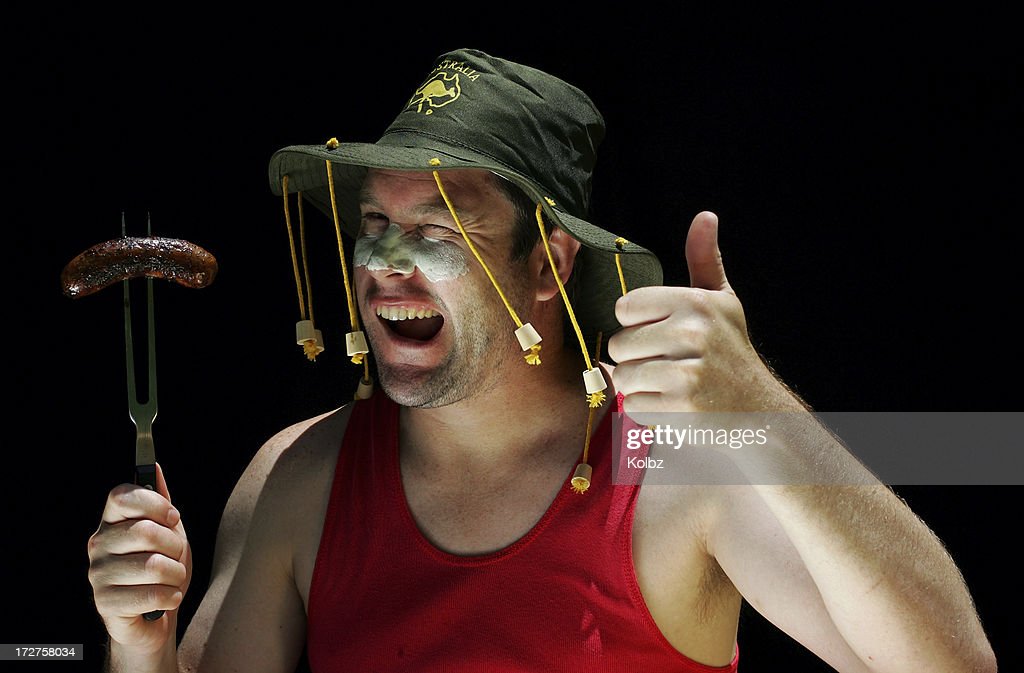 I know you’ve already forgotten about coronavirus even though I’m still stuck on this stupid island because of it, but for anyone still interested, this epidemiologist says we could open everything up again, tomorrow, and nothing bad would happen.

[Edit]  Also, more shenanigans regarding dodgy hydroxychoroquine research.  In a different trial, they were giving hospitalized patients the medicine rather than patients in early stages of the invection.  This drug can work against viruses, but by the late stage it is the body’s own immune system in overdrive that is the risk.  They know this.  They tested it all wrong.  Also, they gave patients more than half the lethal dose.  No wonder the fatality rate was so high.

Internet sleuths also got to work on the very heavy doses of the drug that were given – 2400 mg in the first 24 hours, a ‘dose fit for a gorilla’ as one critic had it. Quizzed about this, Landray defended the dosage, twice, as being usual for other diseases such as amoebic dysentery. Say again? Hydroxychloroquine is used for lupus and arthritis as well as malaria, but dysentery? As a footnote in medical history, the older chloroquine was used half a century ago in attempts to control dysentery, but Professor Christian Perronne, head of infectious diseases at Garches, France, told France Soir that it had been abandoned before 1976. Was Landray confusing hydroxychloroquine with the hydroxyquinolines, which are used for dysentery? Perhaps all those post-nominals had induced some medical dyslexia.

Here is a follow-up discussion.  I cannot figure out if this is a get-Trump brain fart (the least likely explanation), a drug company trying to FUD a cheap alternative, or genuine incompetence.

The poor old Japanese are having trouble with those pesky Gaijin again.

A Kurd claims he was abused by cops after refusing to let them search his car, and there was a lame protest.  J-cops can be annoying – they assume every foreigner is a crook – but I’ve never seen them rough up a troublemaker, even when they should.  They tend to be so shocked that someone would do anything impolite, they freeze up in embarrassment.  I’ve seen it.

Iranians vs Yakuza: fight over prime drug dealing real estate in central Tokyo.  Unfortunately we don’t know the answer to this age-old drinker’s conundrum because they were arrested during the melee.  I met several Iranian men during my time in Japan; every single one was a drug dealer.

US diplomat attacks NHK explanation of BLM protests for Japanese children as racist because it depicts blacks as looters and rioters.  They removed it and apologized, but that is the done thing in Japan and means nothing.  If you come for a meeting in the rain, they’ll apologize for the weather.