Is it just me, or is it getting crazier out there?

These protests look like a ham-fisted attempt to oust Trump, since everything else has failed.

Once again I forgive Spandrell his Sino-sucking to relay these letters from the US military top brass.  My reading is that all services but the Navy are hinting they would support the President in the case of a constitutional crisis.  What do you make of it?

Current protests smell a lot like the Colour Revolutions or Arab Spring, and are probably backed by some of the same people.  However, there seems little chance of regime change this time.  Toppling Third-World kleptocracies is one thing, but overthrowing a powerful, Western government with strong institutions is another.  We may get there one day, but we’re not there yet.  The men pulling the strings are not evil geniuses.

Curious to note that those supporting these desperate protests by society’s oppressed minorities include every major corporation, many ex-military leaders, torturer and war criminal George W. Bush, almost all legacy media outlets, and almost all university academics.  Oh, and celebrities: 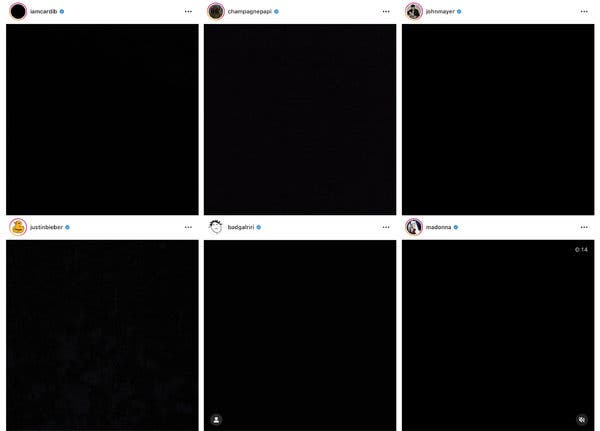 As for the incident that started it all off, there are many strange facts.  You probably heard that Floyd and Chauvin worked together as security guards at the same dodgy nightclub so presumably knew each other.  A very dodgy club, by the way.

But did you know that there was about to be a search of Chavin et al’s lockers and phones, as is customary, but this couldn’t occur because just before it could be carried out, the police precinct burned down?

Did you know there was recently a major bust of false currency in the region?

The fake notes seized were all $1.  Where the hell would you use that?  Maybe as change at a high-turnover cash business, like a nightclub or something.

Further, the owner of the nightclub the two worked at also owns a ‘Latina’ radio station, La Raza.  This was one of the buildings burned down in the riots.  Sure, a lot of buildings burned, but not all of them.

All together, about thirty officers bounced at the club, plus convicts like Floyd.

And then there’s Amy Klobuchar, who declined to charge Chavin over a 2006 death.  She claims not to have been involved, but in any case the matter was dismissed by a Grand Jury after she left office.  There were many cases involving other officers that she declined to prosecute.

And then there’s the locked-up service record of Chauvin, who apparently has had many complaints against him over the years.

Add to this the bizarre nature of the death.  A bunch of cops take Floyd out of his car, handcuff him, leave him sitting on the footpath for a long time while they pick things up from the ground or his pockets, then hold him down on the ground for a long time while paying him very little attention.  They make no effort to get him into the police car, which is surely the whole point of arresting him.  All this in front of many onlookers and people openly filming, sometimes yelling.

Then when he’s out to it, they make no attempt to resuscitate, which must be done ASAP to have any hope of working.  They just put him on a stretcher and drive him off.  One might claim that they were afraid of the crowd reaction, but as they calmly knelt on his neck in front of the crowd, why would attempting to help him in front of them be any more dangerous?

This might turn out to be a case of first-degree murder after all.

It’s been fascinating to watch the Twitocracy twist and turn as they decide how to frame the narrative.  I mocked Chinese authorities for this – whenever something comes up, there’s a week of open, social media discussion and media reports until they make up their minds and the hammer falls.

In the West, it only takes a day or two.  Take Melbourne: one moment, anti-lockdown protests will kill grandma and those attending are arrested.  The next, police are saying they will not fine those attending a BLM rally.

This is the one in Sydney: 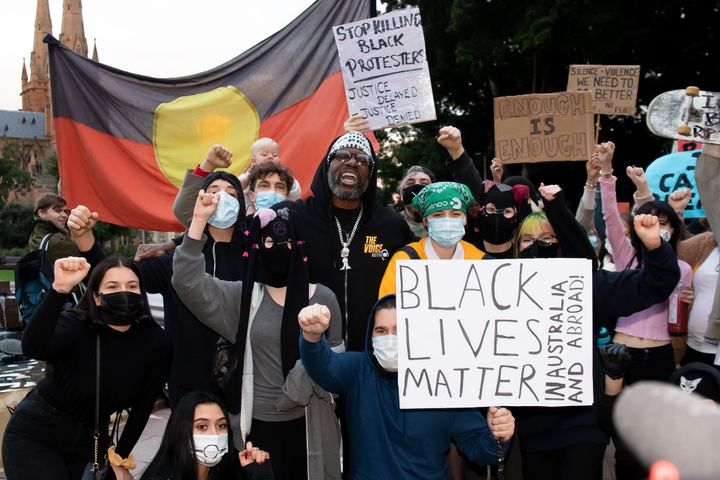 In the States, health professionals are now saying:

. . . the risks of congregating during a global pandemic shouldn’t keep people from protesting racism, according to dozens of public health and disease experts who signed an open letter in support of the protests.

“White supremacy is a lethal public health issue that predates and contributes to COVID-19,” the letter said.

I was prepared to cut health authorities some slack because the virus was new and information available was scarce.  Now, I’m willing to say it was all a load of shit.  They ought to have known from the very start that shielding at-risk people and limiting super-spreader events was adequate and sufficient.  They are idiots.

I’ve previously been on the fence about global warming, but I’m now skeptical as hell.  Models, you say?  Experts, you reckon?  Peer-reviewed articles?  Look out for a future post on this, in which I’ll examine some data.

I’m not done with this Corona-chan nonsense yet.  Yet another ham-fisted attempt to get at Trump was to mock any statements he made about potential treatments.

To be fair, this is not the proper role of the President.  However, the reaction demonstrates the stupidity and derangement of his enemies.  They harped on about a study in the Lancet that said hydroxychloroquine would kill grandma, and oh no Trump’s trying to kill your grandma as well as all the black people and peaceful protesters.

Soon after, even The Guardian was regretfully questioning the data, which appears to have been totally falsified.  Good on them for publishing the story, by the way.  The Lancet study has now been withdrawn.

And yet, most of the mainstream media is not reporting on the redaction, despite spruiking it like crazy to get at Trump when it first came out.  Those in the CNN bubble will probably die thinking it proved him wrong, just like they think he’s a Russian spy, plus a fascist for threatening to call in the military but not actually doing so and letting the riots get out of hand.

I’m not letting Trump supporters off the hook – a large minority think 5G caused Covid-19 as part of a Bill Gates plot to microchip us all.  A smaller group reckon the US released the virus to get at China and then OMG who would have thunk, it blew back.

Even stupider is Google thinking it’s a good idea to control the narrative by deleting our documents on Google Drive that push unapproved narratives.  Even accelerationists at this point are going, no come on let’s slow it down a bit, this is crazy.

Back to Narrative Control, our masters haven’t decided what to do about the large number of white rioters and vandals yet.  We all know that some are low-IQ lumpenproletariat, who are approximately equal in number to their black counterparts in the US, while others are lunatic Antifa communists.  But how to spin it?  The Left will take another day or so to decide out of the three narratives currently circulating:

Option 1: Antifa does not exist.  This is trending strongly on Twitter.  Yes, I go back on Twitter when something big is happening to get the latest news.  Youse can all shut up, I don’t care.  Meanwhile, those causing violence are white supremacists trying to instigate a civil war.

Option 2: Antifa exists but it is a white supremacist organization, or has been infiltrated by the far right.

The Soviet view: it’s reasonable to protest police brutality.  Many of them are poorly trained, low-IQ thugs.  However, peaceful protesters and bored rubberneckers are clearly providing a shield for looters, vandals and arsonists.  It’s well past time for the good boys and girls to go home to Mummy and Daddy so the coppers can arrest the numb nuts.

‘Abolish the police‘ is absurd.  We need to improve the institution and support them.  I know some cops.  So do you.  Some are meatheads.  Many are decent and professional.  They vary enormously by jurisdiction, which largely reflects recruiting standards and existing levels of corruption in the community.

Did you know, I am connected to Sword Guy!  People have been cancelled for much less.  Sword Guy, whose name is Charles Shoultz, published a short story on Terror House.  I also published a story there!  By hivemind logic, this means that I also attacked rioters with a sword, or at least am an apologist for such actions.  Too bad I’ve been unemployed for a year and am stuck on a sparely populated island, otherwise the Wokists would be coming for me.

To his credit, Matt has laughed off the pearl-clutchers and Sword Guy’s story is still there.  Charles also published work on other outsider lit sites whose administrators instantly cucked, deleted, grovelled, and probably got cancelled anyway.

Speaking of the Wokists, our newly dominant religion need a name.  Naming the alt-right helped to destroy it.  As 1984 demonstrates, being able to name something gives us power by being able to conceptualize and communicate.

There’s a story I’m trying to remember, about someone searching for their name.  Anyone?  Not Spirited Away, something else.

Ah I got it, The Neverending Story.

You’ll probably hear the name Emmett Till a lot over the next weeks, but did you know his father was executed by the US Army in 1945 for rape and murder?

Adam directs your attention to the real enemy.  Related: the appropriate reaction to present riots.

The situation in Portland: businesses are backing the protesters burning and looting them.

Violent acts in the riots are a demonstration of social status.

A modest proposal for Trump: order the army to shoot white looters only.

Japan’s low mortality rate from Corona-chan due to Japan being more civilized than you filthy foreigners, says Japan’s deputy PM.

PS: This is the 500th post on SovietMen.  Where’s my plaque.