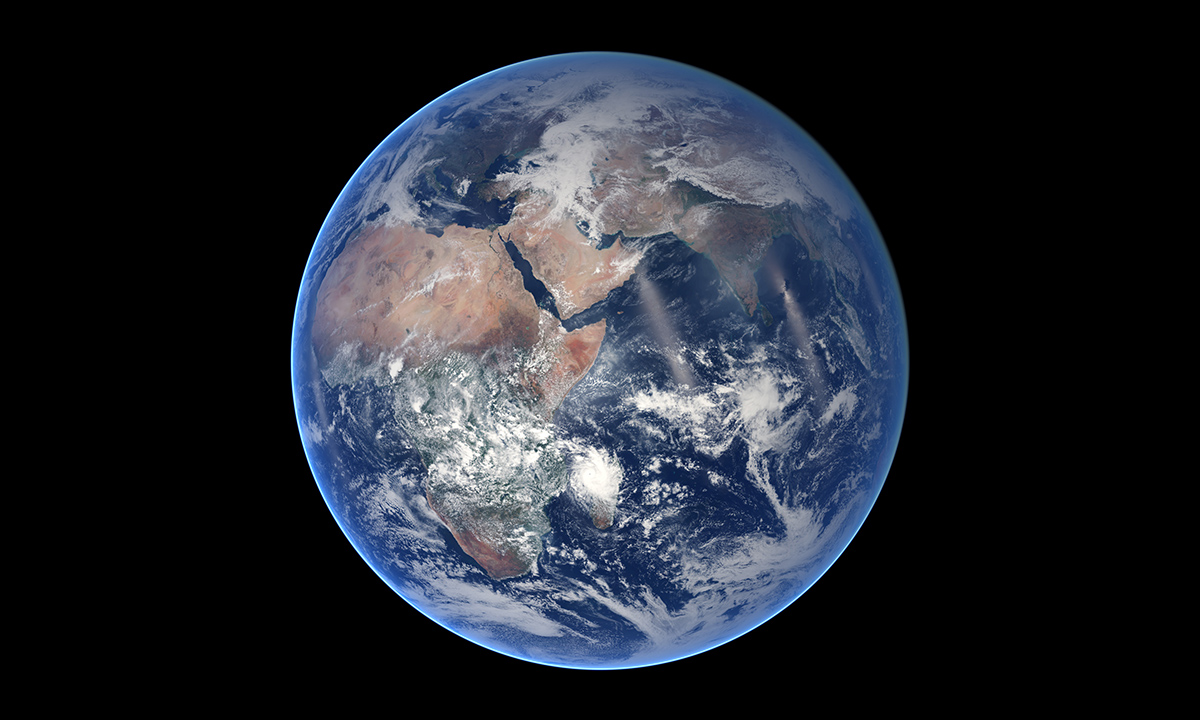 My favourite leftie blogger, the venerable Phil Ebersole, had a rant in which he bemoaned the state of the world.  As our senior, he has every right to do that.  In fact, it’s his duty.

However, in this post I’m going to respectfully outline the positives.  There are problems, but some are not so catastrophic as they seem.

U.S. domestic policy is steered by a selfish financial oligarchy, which we can call the neoliberals.

I would not quite call them neoliberals – crony capitalists have the upper hand – but the point is taken.  No honest person would argue with the term ‘selfish financial oligarchy’.

However, the US and much of the West have always been like that.  It was the same oligarchy that caused the Great Recession, the Great Depression, and the Panic of 1893.  We haven’t found a way to properly restrain our financial overlords yet.  Perhaps we never will.  However, we’ve managed to survive their shenanigans up ’til now and we’ll do so again.  People have survived worse – a third of the world escaped from command economies and our ancestors made it through feudal serfdom.  They’d have given their left ball to live in our present circumstances.

While the oligarchs skew the system unfairly towards themselves, acting as parasites, the common man is at least able to find his way in the world, work, build, save, and invest. He is held back by red tape, but is no longer stopped by the Red Guard.  In our times, a hardworking and talented man can make something of himself, despite horrendous imperfections in our polity and economy.  That was not always the case.

U.S. foreign policy is steered by a murderous national security establishment, which we can call the neoconservatives. 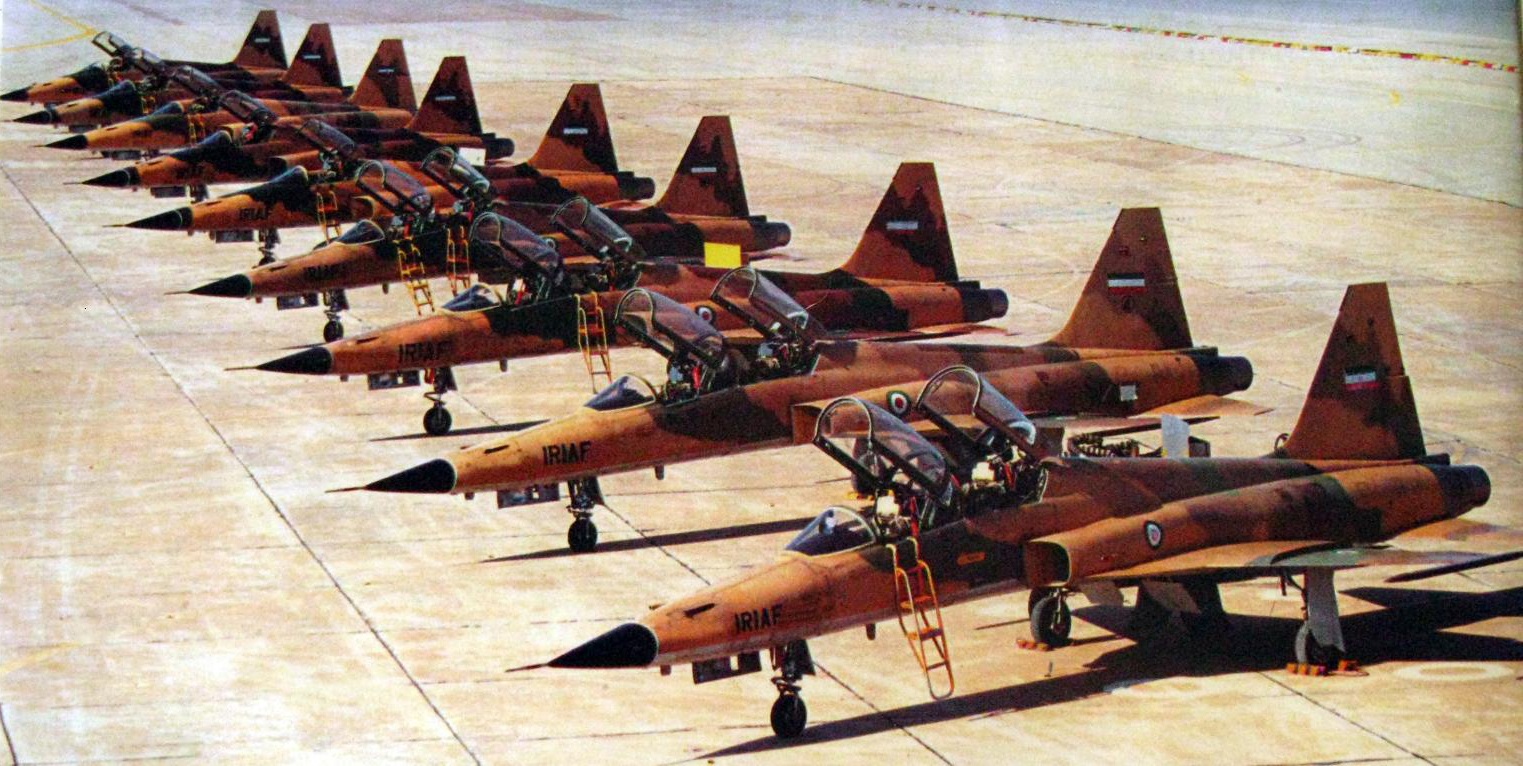 Again, I can’t argue with that.  But the United States has managed to avoid new wars and regime change adventures for the last four years, which indicates that it might be possible to continue a great moderation.  There is political space on both the populist Left and Right for winding up the Forever Wars.  Further, the US debt is now insanely high and the US dollar may eventually falter as the global currency, making future borrowing more costly.

In other words, when the US finally runs out of money, the wars may end of their own accord.

Isn’t it funny how we forgot about nuclear war, as though it wasn’t a threat any more?  It remains the single most likely way civilization will be wiped out.  However, the nuclear states have long become accustomed to a kabuki theatre of stylized warfare that avoids direct conflict that might escalate to nuclear war.  Both sides have very strong incentives to stick to the kabuki rules.  We’ve made it this far without a bang – maybe we’ll last a bit longer yet.

Here again, the political ground is ripe for populist arms control.  Not abolition, as Obama pretended to advocate, but limitation.  If the major powers agreed to reduce their stockpiles to the bare minimum required for deterrence (which must surely be very low), then perhaps the total number of nukes left might be brought below the number which could destroy the whole world.  That would be nice.  We’re probably not there yet. 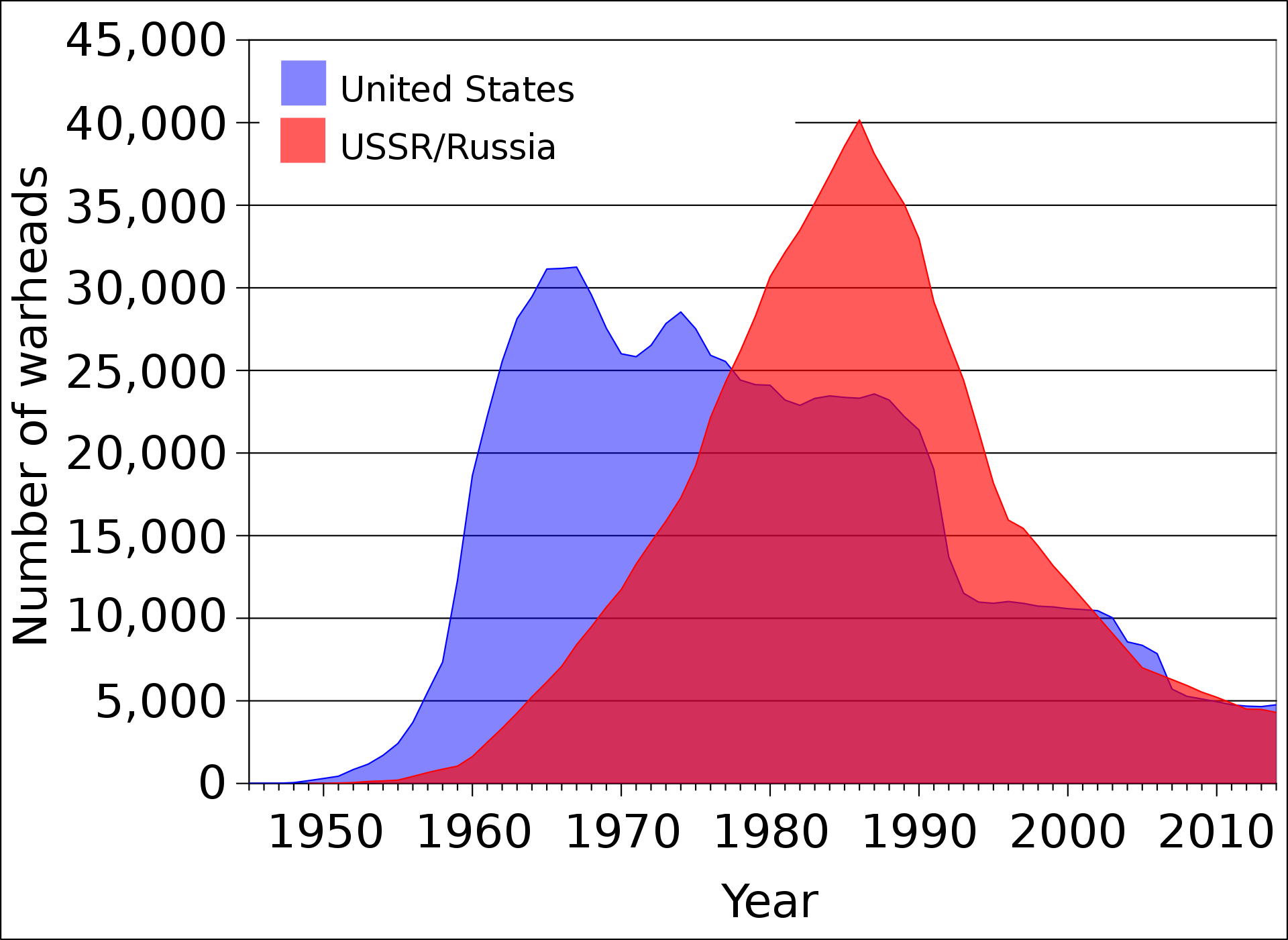 A candidate who campaigned on this agenda might arise on either the Left or the Right.

As for climate change, I suspect the risk is not so great as some say, but I will have a detailed post on that issue at some point in the future.  Hopefully within the next twelve years.

The neoliberal and neoconservative elite maintain their power by corrupting the democratic process. One way is by creating a dependence on big donors to conduct political campaigns. Another is through gerrymandering, voter registration purges, creating artificial difficulties in voting and using hackable electronic voting machines.

I largely agree with this.  My main quibble is that it cuts both ways – the Democrats and Republicans each accuse the other of cheating, and both are right.  It continues to amaze me that Americans can only see corruption on the other side.

Being the first modern democracy, the US system is somewhat primitive.  Newer democracies have refined the system and have innovations which make the system . . . less bad.

In Australia, there is an independent Electoral Commission that manages all these matters.  I’ve been an electoral scrutineer and find the process almost incorruptible.  Yet again, such a reform is low-hanging, populist fruit, perhaps this time for a centrist candidate.

More to the point, electoral corruption is clearly not bad enough in the United States to undermine civilization.  After all, it’s been going on since about 1783.  There is enough residual legitimacy to keep things chugging along for quite a few years to come.

This year the USA faces a near-perfect storm— (1) a pandemic that nobody really understands, (2) unemployment exceeding Great Depression levels and (3) the likelihood of more floods, storms, fires and other weather- and climate-related disasters. 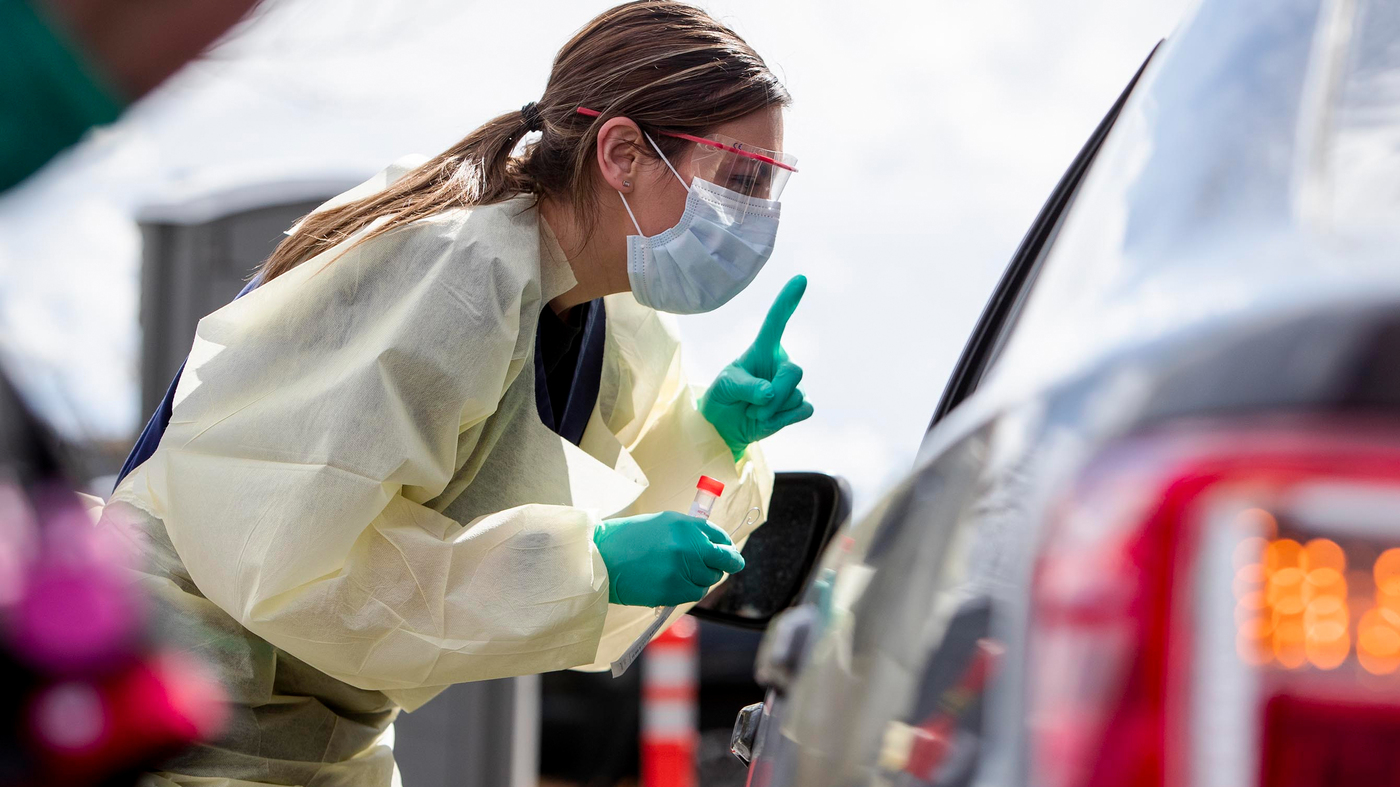 Regarding the first, we are beginning to understand the pandemic.  In a year we’ll understand a lot more.  One thing I’ve noticed is, infection rates seem to be declining even in countries that have lifted lockdowns and which have not reached herd immunity.  Perhaps ordinary health precautions and contact tracing will be enough to see it off.

As for unemployment, it’s been caused by the lockdown.  When the lockdown ends, many of the jobs will come back.  Many will not, but the welfare system is much better now than it was in the 1930s, and civilization did not end back then.  Not in the Anglosphere, anyway.

The business cycle is an inescapable trait of capitalism, both its good and bad sides.  In a few years, business will again be booming, jobs will be plentiful, people will save nothing and get over their heads in debt, and then another crash will come.  Same as it ever was.

We’re headed toward an election in which, as in 1876, there may be a dispute as to who really won. I don’t expect a new civil war, but then the historic Civil War came as a surprise.

It’s a possibility, but I think an unconstitutional act is far greater possibility than outright war.  Kids these days enjoy meme battles online but they’re too fat to fight IRL.  Those prepper militias and antifa nerds will be out of breath in the first ten minutes. 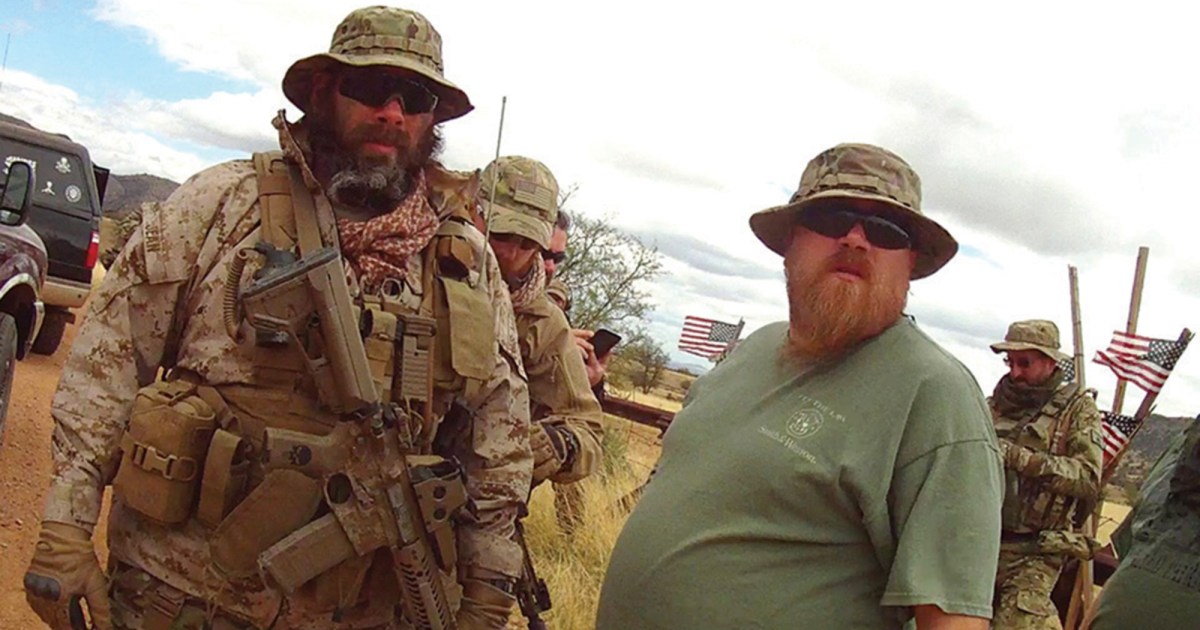 One things I’ve noticed is, the US is resilient to unconstitutional acts.  Many have occurred over the years, and yet the Constitution still stands, like the tattered flag of a decimated but undefeated army.

There may be a dispute in November, but the United States will most likely survive, just like it always does.

The Bernie Sanders campaign showed the near-impossibility of bringing about meaningful political change within an existing political party.

The Greens, Libertarians and other small parties have virtually no chance of coming to power, and probably wouldn’t know what to do with power if they got it.

This is true, and the dissident right is just as unlikely to effect any real change.

That’s how the system is set up – by limiting government power, it is very, very hard to get anything done.  It’s a feature deliberately inserted by your Founding Fathers, and counts as one of the wisest acts ever accomplished by the human race.

The Right would be horrified by changes that Phil would like to see enacted.  Phil would be horrified by the changes that the Right would push.  However, such horrifying change is impossible.  Both sides can only proceed glacially through compromise, conciliation, and cautious horse-trading.  This built-in conservatism is what has so far limited the number of civil wars to one.

Every generation bemoans the troubles of its age.  In times of trouble, we should draw strength from the memories of our ancestors’ exploits.  For us Anglos, that means those who won the greatest war in history.  Who survived the Depression, the Spanish Flu, and WWI.  Who colonized whole continents, rightly or wrongly, through extremes of weather and against hostile populations and dangerous animals.

And if the memory of that conquest is too triggering for any snowflakes out there, that points us to yet another positive development: the West has collectively gotten a lot nicer since then.  Genocide and slavery are now more of a third world thing.

Our ancestors created the freest, richest, safest, and strongest nations that have ever existed on the face of the Earth, and they did it with much lower technology and resources than we are blessed with today.

The West has serious problems, but if we still have even a fraction of the strength of our ancestors left in our prosperity-weakened spirit, we’ll muddle through.

My personal prediction is a US decline, but it might gradually descend into a richer, safer Brazil, one with better institutions, for a century or so.  Max Max is a ways off.

Having said all that, one risk Phil and the rest of us forgot about was Iran.  Remember how they’re still after revenge for Soleimani?  Funny how soon that slipped out of our minds.

As for the rest of the world, keep in mind the good news that doesn’t get a mention in the MSM.  Did you know: global rates of extreme poverty have dropped to record lows, in both proportional and real terms.  The last two decades have been about the most prosperous and peaceful in history, but no one wants to hear about that.

I might be wrong about a lot of this.  However, with everyone else pointing out all our problems, a contrarian like me is obliged to take the opposite view.