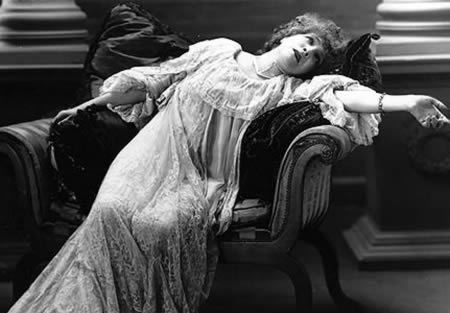 When I was in Grade 2 at Nillemah North Primary School, a black-clad man walked past the playground at lunchtime.  He was wearing a mask and carrying a gun and a sword.  I didn’t see him myself but many others did, and word spread across the playground like a bushfire – skeptical teachers were checking the bushland banks and the perimeter, kids were all a-flap as they shared their stories, girls were crying in terror – the whole phenomenon went on for weeks, coming and going like malaria.

Fast forward to Grade 6, the boys in my class were having a birthday sleepover.  Long after we were supposed to be asleep but were talking about which girls we fancied and who was the coolest Ninja Turtle, the topic of the Man in Black came up.  For a while we tut-tutted how our teachers didn’t believe us, even though there were so many witnesses.  Then I asked quite innocently, which of you saw him, again, with your own eyes?

I remembered it as being just about everyone except me, but suddenly my friends fell silent, each looking at the other questioningly, like after the wise old mouse asked who would bell the cat.  I angrily racked my brains, trying to remember who specifically had been at the school at the time and claimed to have seen the guy.  I vaguely remembered a couple of boys having been witnesses, but when I asked them directly they denied it.

Then I had a clear memory of one particular boy, Steven Hwung, as having claimed he saw teh villain from behind, disappearing into the overgrown bush that bordered the oval.  I recited this memory.  He denied ever saying it.  An argument ensued.

I don’t think my reader needs to be told any more.

It gets the heart racing, the blood pumping, the adrenaline flowing.  It is almost sexual.  Until you have experienced a nice dose of group hysteria, you can never understand what it’s like.  It is as powerful and compelling as a beautiful woman undressing in your room.

Being so instinctive, it must emerge from our environment of evolutionary adaptation.  Perhaps mobs of Australopithecus once needed to be stirred into a frenzy in order to scare off an enemy or discipline an antisocial member of the troop.

Hysteria, when it occurs, can easily overcome rationality – a capacity which doubtless evolved much later.  Just look at the many examples: the Athenian mob condemning Socrates or the Roman mob baying for Stilicho‘s blood.  The Children’s Crusade.  The original witch hunts and the European Wars of Religion.  Prohibition.  WWI.  And the reaction to that lady who tweeted she won’t get AIDS in South Africa because she’s white.

Whole books have been written on the phenomenon, the most relevant being Lord of the Flies

I’m not sure how we as a species can get rid of this hysterical, mobbing instinct.  We enjoy it too much to eliminate it, like watching sport, getting drunk or gambling.  Perhaps it will always be with us.

I like to think I’m pretty immune these days, because I have a competing personality fault: I’m a compulsive contrarian.  Whatever everyone else thinks, I’m inclined to suspect.  I don’t even like the music, hobbies or entertainments of the masses, and if something I like becomes popular I soon abandon it.

Perhaps idiots like me are the reason the mobbing hysteria evolved: to hammer down the loose nail and to stop annoying wankers from ruining the party.