There are very few books that I have read twice.  One was The Lord of the Rings, which I read when I was eight and later when I was fifteen and actually understood it.  The only other I can remember off the top of my head is this one.  I happened to look something up for some reason, got distracted by the chapter on Sartre, and ended up reading the whole thing again.  The antics of this intellectual crowd are highly entertaining.  My favourite was the list of drunken injuries that befell Hemmingway, which stretches over three or four mirthful pages.

I thought about inserting here a check-table of intellectuals and their sins but concluded it would be too much work and you wouldn’t be that impressed anyway.  So instead I will summarize: many intellectuals of the last two centuries have been womanizers, liars, alcoholics, Stalinists, child-abandoners, serial-marriers, attempted polygamists, petty quarrelers with their fellow writers, parasites, debt defaulters, bath-shirkers, cowards, psychopaths, narcissists, ingrates, Messiah-complex bearing opportunists, hypocrites, cranks, creeps and frauds.

I think that covers it.

Some of the worst offenses among them were Rousseau abandoning his infants to probable death, Marx keeping an unpaid servant and knocking her up, Brecht selling his soul to the East German regime, Lillian Hellman lying about absolutely everything throughout her life, and Shelley . . . well, Shelley’s crimes would take too long to relate here, even in premise.

Johnson attempts to make the point that left-wing intellectuals who claim to be lovers of truth and mankind, with utopian plans for making us all happy, rarely live up to those ideals in their personal lives and often sacrifice actual, individual people around them for their doctrines of helping humanity in general.

He proves this pretty well, but one wonders, so what?  Had he written the biographies of famous sportsmen, musicians, businessmen, politicians, ye olde kings, actors, ballet dancers or daredevils I imagine it would have been pretty similar.  So, a lot of men go nuts when they have heaps of money, power and the ability to shag any woman they like?  I already knew that.  I guess he would claim that intellectuals are worth talking about because they claim to be moral didacts for the rest of us, but the same might be claimed of politicians – and a book about their failings would surprise nobody.

Further, what would have happened if he’d investigated conservative or right-leaning intellectuals?  I guess Johnson would claim they’re not really ‘intellectuals’ because they lack an overly optimistic view of how they can think us out of all the problems in the universe, but nevertheless he could no doubt find some similar foibles among them.  Blokes like G.K. Chesterton were almost laughably tame, but others like H.L. Menken and Friedrich Hayek had a few skeletons in the closet.  Wealth, fame, power – they lead but in one direction, for most of us.  The only difference between these ‘intellectuals’ and ancient emperors is that that latter were expected to be violent, vain, mad dictators with vast harems of nubile women, whereas for the former, this was frowned upon.  By Johnson, in any case.

The book raises interesting questions nevertheless.  For me the most pressing is not, ‘Are intellectuals bad, mmkay?’  Of course they are.  What fascinates me more is the behaviour of the people around these charlatans and ne’er-do-wells.

First, that so many of the general public worship these figures and hope that they will appear clever to others by reading them, quoting them, or obeying their directives, is a bloody good argument against democracy.  Even in their own lifetimes, anyone who cared to look into it already knew that Rousseau was a cruel lunatic, Marx was an authoritarian bum, and Sartre didn’t really make any sense at all.  Why, even unto this day, do so many people continue to venerate these figures?  Perhaps this one question alone justifies the pedantic research Johnson has completed in order to condemn the whole foul lot of them, though he fairly pulls some of his punches towards the less offensive among their dark order.

A related question is, why did so many women, attractive and intelligent women, throw themselves upon and offer themselves as slaves to these men?  Even the ugly ones like Sartre, the dirty ones like Marx and the drunken ones with an unhygienic number of cats like Hemingway?  Of course, this is Red Pill 101, but it still blows one’s mind to see historical accounts of hamsters spinning away in little girls’ minds while they are being publicly humiliated, abandoned, ignored, moved about, impoverished, bullied, taken advantage of, and, in one memorable incident, punched in the cunt.

It is fascinating to read Intellectuals alongside The Culture of Critique, because the perfect absence of overlap confounds belief.  True, their aims and were different.  The first book highlights the personal foibles of secular intellectuals, while the second focuses on Jewish intellectual criticism of Western society.

It is possible that Johnson omitted clowns like Freud, Gould, Mead and Boas because he was afraid his own book might then concentrate too heavily upon Jews, which was not his purpose.  After all, there are a lot of them in his book already.  Or maybe some of them led personal lives that were too pure – although a quick glance would suggest this is not the case.

On the other hand, I have no explanation for why Kevin Bloody MacDonald omits fellows like Bertolt Brecht, Victor Gollancz and Lillian Hellman.  Perhaps they were not big enough, not influential enough, not quite thought leaders in the manner of the others?  I don’t know.  I guess coincidence is also possible, but my puny mind was raised on The X-Files so it is hard for me to accept.

Also curious is the other intellectuals Johnson left out.  He tells us all about Shelley but for the most part skips around Byron and Schilling.  Perhaps they were not bad enough to fit neatly into his theory.  He claims Byron was not intellectual enough but I think he’s stretching it a bit. 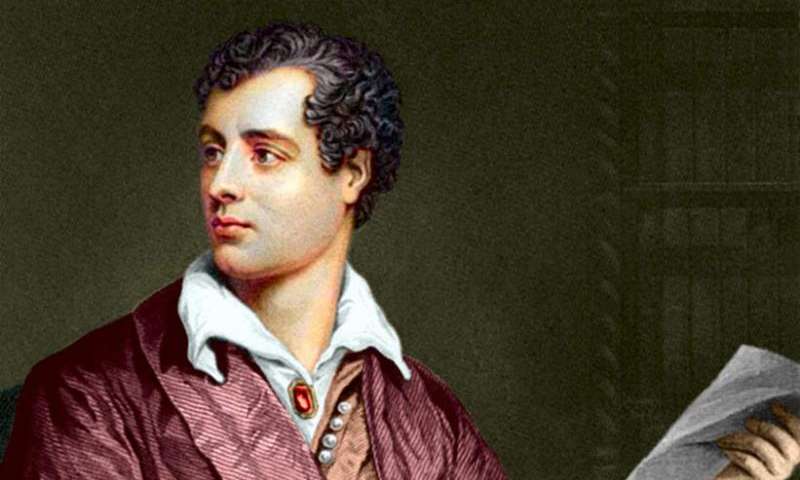 What is clear from Johnson’s hilarious and depressing litany of shame is that nothing will ever change.  New intellectuals have already appeared to tell us how awful we are – that ‘black bodies’ whinger whose name I’ve forgotten springs to mind – and there will be plenty more of them for as long as man draws breath, and has a mind to be bamboozled.

A commenter here a while ago said, who cares about slavery?  People want to be enslaved.  Reading this book, I am inclined to agree.  Most people want to turn their brains off and be told what to do.  It’s easier that way.  I cannot think of a reason why men bright and bold enough to so command them ought to do otherwise.