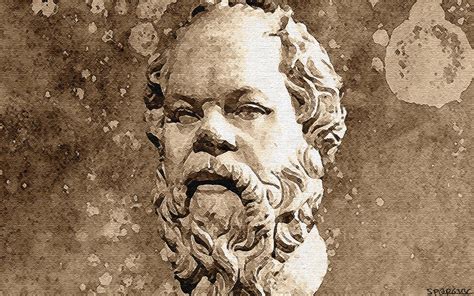 The children now love luxury; they have bad manners, contempt for authority; they show disrespect for elders and love chatter in place of exercise. Children are now tyrants, not the servants of their households. They no longer rise when elders enter the room. They contradict their parents, chatter before company, gobble up dainties at the table, cross their legs, and tyrannize their teachers.

It is April 1st.  There is no fooling from me this year.  I overdid the pranks last year.  I hope by the time this post goes up someone will have got me a beauty and made me laugh.

They say the West is in decline, and I tend to agree.  However, one thing I have noticed over the years is that the average person is wrong about 30% of things he believes in, and this has been consistent throughout history.  I’m painfully average, so is this decline one of those things I’m wrong about?  Let’s have a look.

Obviously Western birth rates are below the replacement level of 2.1 per woman, which is our biggest and most ignored problem.  But they are not way below replacement level.  On one hand, they might improve.  I don’t know why they would, but who knows?  Unexpected things happen sometimes.  On the other hand, maybe our replacements will assimilate enough to keep things chugging along without too much disruption.  Europe looks to be in trouble with apparently unassimilable Muslims and others who are openly hostile to their hosts.  The US will almost certainly be Brazilified, which is no improvement but hey, there are worse countries than Brazil.  Canada, Australia and New Zealand are mostly importing Asians and therefore have the best chance of maintaining their civilization.  Things will change, but perhaps things will be okay.  South Korea’s okay, after all.  I’ve been there.  Nothing terrible to complain about, just so long as you don’t have to work for any actual Koreans.

There is no good music these days.  Up to the 90s there was grunge, which was at least something new whether you liked it or not, and after that there was nu-skool punk which I guess was good but was almost entirely derivative of old-skool 70s/80s punk.  And then there was chill type music i.e. Air, Thievery Corporation, Goldfrapp in the early 2000s.  And after that?  Nothing springs to mind.

But then, that was about the time I stopped listening to new music and moved overseas.  These days when at the gym or being boomed at by the pub next door I am distinctly unimpressed with what the kids are listening to these days.  The lyrics are retarded.  I have read more inspired verses written by elementary school children.  The music itself is bland, overly simple – frankly, unlistenable.  I pity the poor soul who voluntarily puts it on and listens with enjoyment.  No amount of soma could make it sound better.

But perhaps there is other, alternative, less widely played new music that I am entirely ignorant of.  Please, dear listener: if you have any suggestions, do chuck a link in the comments.  Restore my faith in humanity.

Mind you, I guess I find some new Japanese music interesting.  But that doesn’t count.

Of course modern art is appalling, and others have already written extensively on why this is.

The other day I had a thought: perhaps it is not so much the art itself which is degenerating, but just the nature of what is popular among art curators and other degenerates of their ilk.  Perhaps there is awesome art going on quietly, in the dark corners and unknown attics, that shits all over this modern crap.  I imagine that hidden away somewhere, known only to a select few, there are artists creating work that not only reaches the technical abilities of the classics, but which also pushes new boundaries and creates new insights without slipping backwards into the dross we are confronted with in any big gallery today.  Thoughts?

As above.  My series on poetry ended abruptly at the end of WWI because after that there was nothing but ugly, free form rubbish.  But perhaps I am looking in the wrong places.  Do tell me.

Some say that the number of patents is declining, that there have been no real breakthroughs in physics, and that a lot of our new tech is just riffing off previous work.  But perhaps that’s how science is – maybe it is a bit stop-start, and some new discoveries will enable massive gains all over the place, sometime just over the horizon.  What do you reckon?

Z-Man says there have been no new ideas in politics for a century, on either side.  But is this true?  I reckon Wikileaks’ crypto-anarchism counts as a new idea, and a modified version of it (leaking actual scandals, not just any old thing) might indeed improve governance by making leaders feel constantly watched.

And maybe it is not just the absence of new ideas, but the absence of a place to try them out.  We used the colonies to experiment.  Different forms of democracy could one day be given a go in a place that reforms – perhaps even in China.

Big Tech is increasingly in bed with the government, doing their censorship for them.  I guess it is possible that someone might come up with a technological or social response to this.

Actually, I’m less optimistic about this one than the others.  The populations of democratic countries seem to have largely given up.  In the UK, it appears likely that the deep state almost revoked Brexit.  Trump appears to be fairly ungrenade-like.  And in Australia, if voting were not compulsory, I doubt more than 40% of us would bother at all.  I certainly wouldn’t.

Ah, democracy.  It seemed like a good idea at the time.

People keep assuming that the big crash will come, governments will be too indebted to do much about it this time, and central banks will be hamstrung by already super-low interest rates.  Maybe.

On the other hand, maybe the GFC helped the overall economy by clearing out a lot of unproductive dead wood.  Maybe, like after the Great Depression, we’re due for a long period of growth.  I don’t know.

Edit: Now the crash is here, and governments are printing money like nobody’s business.  It seems impossible to generate inflation anymore, for some reason.  Maybe we’ll get away with it . . .

Having written all this, I’m still pretty sure that the West is in decline.  Perhaps there will still be some breakthroughs or unexpected boons that will keep us chugging along a while yet, though.  Consider the fall of the Roman Empire: it was pretty had-it by the mid-200s but struggled on a couple more centuries after that.  Maybe these issues will only end up as catastrophes further down the track, beyond our lifespans.

Oh, and I think the environment will be mostly fine; more about that another day.