I’ve been in two situations somewhat analogous to our current Corona Zombie Apocalypse.  The first was in 2011, when radiation levels were rising in Tokyo following the Fukushima meltdown.  The second was during my time in Africa, when I needed to shelter alone a lot of the time in order to cope with the events unfolding around me.

About the second, I’ve already written a piece on how to stay calm.

In a stressful situation, your mental health is often the weakest point.  In Tokyo, radiation levels were not nearly so dangerous to me as the anxiety was.  In Africa, the physical threat was always limited, but the whole saga has taken a toll on me.

As the Stoics point out, there is the thing, and there is what we think of it.  Only the latter can cause us harm.  Up to a point.  And so it is now: undue stress or frustration could do you more damage than the Wu-Flu.

I confess to having panicked in the past, but I’m now better able to cope with difficulties.  In this series I’ll share some of what I’ve learned.

When there’s an emergency, you experience physiological and psychological arousal.  Your heartbeat and breathing become more rapid, adrenaline begins pumping, you start sweating, your pupils dilate.

Because this is the human flight-or-fight response.  You are getting ready to bash the attacker over the head with a rock, or leap up a tree to escape a predator, or freeze in the bushes to avoid the enemy.  We have this stress response because it has served our ancestors well.

These days, it does not serve us so well.  Stress tends to continue for a long time, and stressors cannot be physically fought or fled from.  Often they are things that just have to be sat out, like psycho bosses, marital dispute, or lockdowns like many of us are undergoing at the moment.  The ill effects of ongoing stress are well known.

My theory is that panic is the misdirection of our arousal energy.  We feel the need to do SOMETHING, but cannot think of a good thing to do, so we do stupid stuff instead.  Hoard toilet paper or spray Asians with Febreze.

If you feel yourself starting to panic, funnel the energy into doing something constructive.  Check on friends, family and neighbours, though not in person, to see if they need any help.  See if a charity or church needs volunteers to assist in your neighbourhood.  Write a blog post offering useful advice to others.

If there’s nothing useful you can do (and I’m in that situation), then you need a project.  Use your energy to get those jobs done around the house that should have been done long ago, review your finances, write poetry, build a table, or anything, really.  Try to see this as an opportunity. 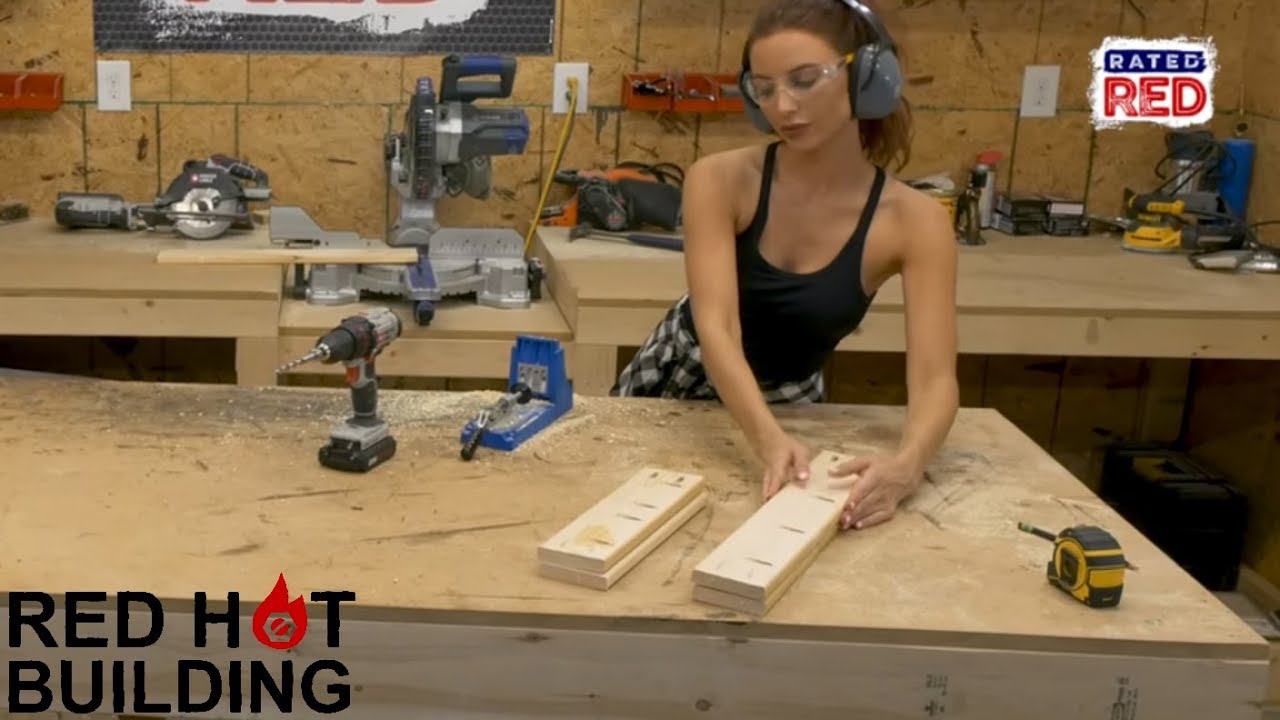 Humans like routine.  We feel more secure when there’s something that we need to be doing at any given time.  This is why people often recover faster from distress when they return to school or work.

At the moment, the problem for a lot of us is that our routine has just gone out the window.  We need to establish a new one.

Figure out what time you’ll get up, what time you’ll sleep, and fill the hours with all the activities you need to do, interspersed with fun stuff.  Write it down.  If you feel ennui, check your plan and see what you’re up to.

Exercise is extremely good for your mental health.  I’ll have another episode focused on home workouts.

Also useful are yoga, meditation, or anything like that.  The bloke next door is doing karate drills in the driveway.  Whatever you do to relax, fit it into your schedule, every day.  If you don’t do anything like that, now would be the perfect time to start.

I just found this beginners’ Tai Chi video which looks like fun:

Don’t just binge-watch rubbish, or read whatever crap will fill the time.  This is an opportunity!  Make a list of books that you really ought to read.  If unsure, check my list of the Western Canon.  Also look up classic films that are worth watching.  The Cohen Brothers.  Citizen Kane.   The Deer Hunter.

You may think that three months stuck inside is a lifetime, but it will quickly pass and you’ll wonder where the time went.  This is a rare chance, so make use of even your down-time efficiently.

While we can’t go out much, it’s important to keep in touch with others so we don’t go completely mad.  Rather than instant messages, take the time to make calls or write long emails.  This is a richer form of interaction that we normally don’t find time for.

This is not a big deal for me because I’m a notorious introvert, but it will probably be very helpful for normal people.

Stupid people are going to do stupid things.  Half the population has a below-average IQ, and some countries have a lower average IQ than others.

So far I’ve noticed people coughing without covering their mouths, spitting everywhere, and doing bushman’s hanky.  If an individual has reached middle age without grasping the germ theory of disease, that is a sign that he may be incapable of ever understanding it.

At the same time, governments have already begun doing stupid things.  Here, there is a curfew.  How does closing the 7-11 at midnight help stop the virus?  It doesn’t.  I’ve heard that in other areas people are not allowed to go out for a walk, or shopping hours are being cut back which just crowds people together even more.  In one location, a commenter claimed that the garbage collection had been stopped!

Be prepared for more of this idiocy.  Politicians and bureaucrats currently wield more power than they’ve ever had before, and once they find that they can close down one thing, they’ll find it addictive and start finding other things to close down.  I’m worried they’ll close the market soon, which is the only place we can get fresh fruit and veggies.

For your mental health, it’s important to accept this fact right now: people are about to do a bunch of stupid things and there’s nothing you can do about it.  Stay calm, stick to your routine, and wait for the stupidity to pass.

Do you expect that you ought to live on a planet with no stupid people, mini Napoleons, or other obnoxious types?  You do not.  You live in a world filled with all sorts.  That is how it is.  The sooner you accept this grim fact in your heart of hearts, the less damage that irritated cortisol will do. 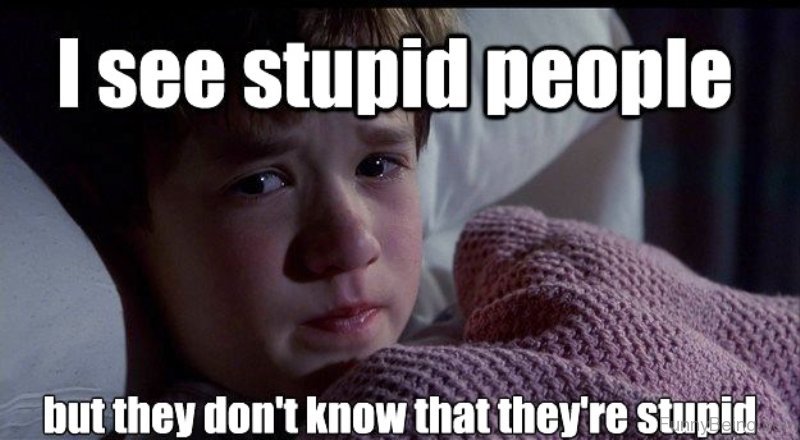 It’s important to keep a sense of humour.  Remember, if the executioner asks if you have any final words, open your mouth as if to say something then fart very loudly.

This is the best joke out of the Philippines at the moment:

Rich people in Manila are panic-buying, while the poor are just panicking.

Also spare a thought for the poor driver pilloried on social media after being interviewed about Covid-19 on TV.  He said, quite earnestly, that there were few passengers due to ‘Corned Beef 19’.  Did he stop and wonder why they called it that?

We’re not going to be as cheerful as usual if we can’t do the things we want, and because not all of the restricitons are rational.  However, coping is not the same as being completely indifferent.

It will be fun at first to learn a home gym routine and rewatch Twin Peaks.  As the lockdowns and travel bans wear on, it will get old.  The hardest part will be the final weeks, whenever that is.

Accept that it’s going to be rough, but have the dignity to accept your lot with good grace.  Or, as we say in the antipodes, harden the fuck up. 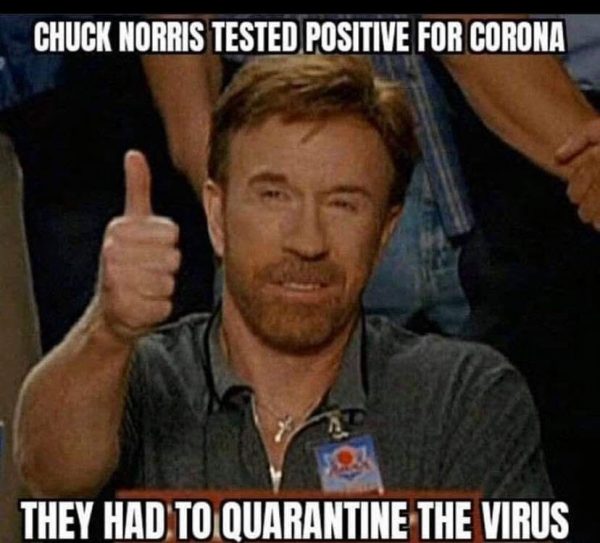