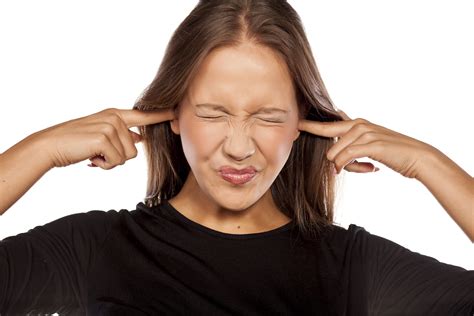 The boss suggested we use up some existing resources because we’re getting in some new supplies soon, anyway.  I reminded him that it took eighteen months last time to get all the approvals to import what we needed.  He said, don’t worry, I’ve got all the signatures already, including the most important one from the minister.  I shrugged and said, maybe wait until the boxes arrive, just in case.

Turns out he needed just one more signature, from the bank.

The bank said no.

Our plan was to make the order via our American bank account.  The local bank, ever short of hard currency, said we would have to make the transaction directly from their account instead.  Unfortunately, foreign transfers have not been possible for almost a year.  They said, you’ll just have to wait until we can make transfers again and then you can import your stuff.

When will that be?  The smart money is on, never.  This is great for the bank – a whole lot of hard currency sitting there that we can’t move.

The boss was disappointed but no one else blinked.  We’ve been here long enough to know that is how things operate.  An author has described it as, ‘self-destructive bloody-mindedness’.  It is a willfulness that might seem like acting tough or standing up to somebody, but which actually serves no rational purpose and hurts themselves more than anyone.  This importation caper is a good example, and I can provide many others.

Water: the water often goes off.  You used to be able to order a water truck privately to fill up your tanks but now they’ve been banned because the Boss reckons they’re too expensive.  Bottled water was also recently banned.  Now some people have no water whatsoever, expensive or otherwise.  The government is far to stubborn to see sense and relax these rules.

Tourism: despite desperately needing foreign exchange, the country makes it ever more difficult to enter the country, or to travel around once one arrives.  They see foreigners as all potential enemies and cut off a perfect income earner in what would be a lovely holiday destination if only they would take a break from fucking everything up for half a second.

Trade: recently cheap imports started coming in from Formerly Hated Neighbouring Country, including cement.  Worried that this would adversely affect the local, state-owned cement outfit, the government . . . wait for it . . . hid all the sand.  So now you can only buy sand if you also buy the local cement.  In the meantime, walls are falling down from lack of maintenance.

Foreign relations: the government loves to annoy foreigners, and it will do this in the strangest ways.  The Danes were going to run a mine-clearing project.  The government suddenly said, no, we’re not doing that any more, go home.  In pretty much those words.  So the Danes left.  They were supposed to leave eighteen Land Cruisers behind as a gift to the government after the project had been completed but instead shipped them back to Denmark, where they were not needed, just as a ‘fuck you’ for the pointlessly rude way they were treated.

It isn’t just the government.  I find that this is the national personality.  Our customers attack us like we’re an occupying army and frequently threaten to get us closed down, or treat our staff so badly that few stay for long.  How does this help them?  If we did close down, they would have no recourse.  And it is a constant nightmare to find workers stupid or desperate enough to come here in the first place, lowering the quality thereof.  Just look at me.

I’ve seen business conducted in much the same way.  People will get into a stouch about a deal gone wrong, and then will refuse to deal with each other or even take revenge on each other, when simply compromising and maintaining the relationship would be much more mutually beneficial in the long run.

And that is a big part of the reason why this country is the way it is.  Pride and short-term feelz are more important than long term results and development.  Non-immediate consequences are slightly beyond the imaginative capabilities, or concern, of the people.

So you get what we had here last week.  Which is the way he wants it.  Well, he gets it.