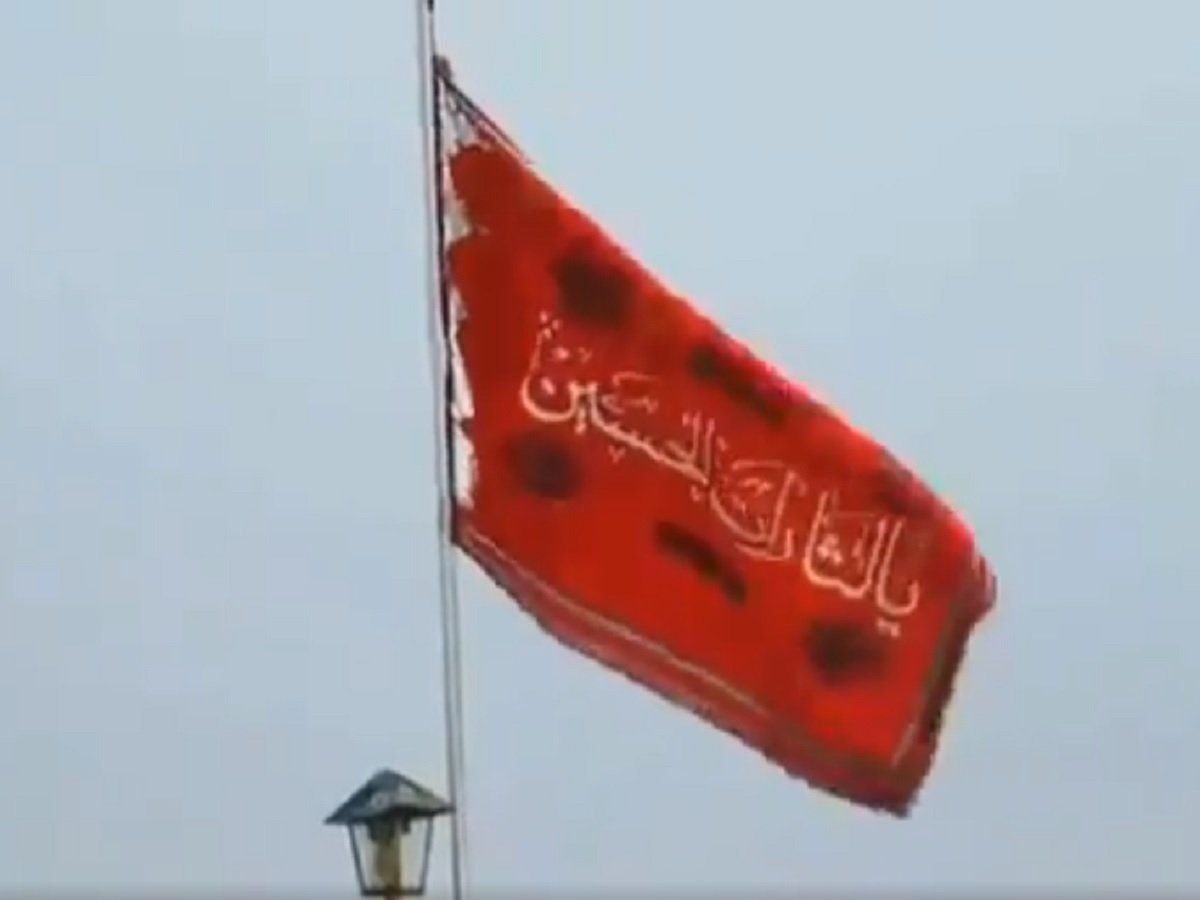 First, I still think my original instincts were correct.  Trump is out of his depth, and the latest escalation of the Stupid Wars is not in America’s interests.  No part of the wars since 2001 has been in their interests.  Perhaps they should have just lobbed a low-yield, tactical nuke in the general area of Al Qaeda’s operations, abandoned Saudi Arabia diplomatically and economically for letting so many of their citizens participate, and then called it a day – that would have sobered the minds of any parties weighing up future attacks.  Mushroom clouds have a way of focusing the mind, and the body count would have been lower for all involved.

I also assume that this latest incident, like all wars, is chock full of lies.  We don’t know what the lies are yet, but we can safely assume we’re being fed a load of bullshit.

On one hand, Daniel Greenfield claims Iran was greatly strengthened by Obama.  He reckons the US handed over a bunch of cash as a ransom, which they used to build up terrorist proxies.  The Washington Free Beacon says it’s true, FackCheck.org reckons it’s not.

For what it’s worth, I do not trust any of these sites.  The more I read, the more the killing and its various media representations appear strongly connected to a squabble between Israelis and secular US-based Jews, with US Orthodox Jews apparently on the side of the former but not very influential in any case.  Israeli interests are clear, but it seems the US Left, including its Jewish members, hate hate hate Trump so much that they will oppose his every move, including his pro-Israel policies.

That is not all there is to it, of course – Saudi Arabia’s influence is also present and Russia is involved.  Manhattan Contrarian points out Russia’s benefit from recent developments, and argues that Iran is actually quite weak at the moment.  The Asian Times also emphasizes this point when it considers possible Iranian responses, though that assumes the Iranians will act rationally – popular feeling is such that they might not.

As for what’s happening within the US government, the Washington Post has a report claiming that Pompeo had been pushing for this assassination for a long time.  The article sounds legit but the source makes me skeptical – more anti-Trump hysteria and leaking Deep Staters?  Who the goddamn knows any more.

There’s been one fantastic development for me.  Australia, long America’s bitch, has actually distanced itself from this latest idiocy!  Other allies have gently done the same.

For foreigners, I cannot emphasize enough how significant this is.  Australia has consistently supported and participated in pretty much every US misadventure, including Vietnam, Afghanistan and both Gulf Wars.  We turn our eyes from the torture and unjust trial of our citizen, Julian Assange.  We buy those stupid spruce gooses that cost an arm, leg and ball each.  I’m pretty sure the current policy comes only from exhaustion and distraction – the country is burning so badly this summer that the Iran story is barely making the news.  Perhaps once US enforcers finally catch up with ScoMo somewhere out doing photo ops in the smoldering bush they’ll remind him of his obligations and he’ll sign up for whatever’s next – maybe a full-scale invasion to turn Iran into a beacon of liberal democracy and tranny story time.

That was hyperbole, but there is a risk that Iran might overreact and prompt such a thing.  A big terrorist attack might be enough to do it.  Some suggest that extended air strikes would be more likely, but I wonder how that may play out if Iran bides its time and purchases salient Chinese and Russian equipment while it waits.

In some ways, the US getting its arse handed to it might be good for it in the long run.  It would have to face reality and start implementing polices more in keeping with reality.

Another good thing to come out of this incident is that leftist anti-war protests are starting back up.  Though there has been ongoing war for twenty-odd years now, these protests died down.  Good to see them again, because opposing the wars is rational.  The left needs to embrace such sanity.  Jeez, let’s have Charlottesville II where the alt-right and Antifa march together against foreign interventionism.  A bloke can dream.

Speaking of the alt-right, an odd little side show has been Nick Fuentes acting like a boomer neocon.  Huh?  Not sure if ironic or not.  Some are getting into conspiracy theories here, but to me he just looks like a garden-variety grifter who will share the same co-option fate as Richard Spencer.  A side show to the side show was a suggested $10,000 wager between Nick and Paul Joseph Watson as to whether Trump would really bomb any Iranian cultural sites.  Not sure if they took it up.  Paul’s been hanging shit on Nick like nobody’s business, but Nick is still retweeting Paul approvingly.  Bloody hell, alt-right drama is the gayest kind of drama, let’s leave it there.

Some suggest that white boys should refuse to sign up for the military, but I can’t see that happening.  We always dream of the war where no one showed up, but has it ever happened?  On the other hand, Millennials/Zoomers fearing WWIII have crashed the selective service website in their efforts to figure out how to dodge the draft.  Can’t play with your phone on the battlefield, kids.  There won’t be WWIII or a draft, of course, but don’t tell them that.  Let me have a little fun in my dotage.

Vox Day ponders if this may be a Trumpian move to extract US forces from Iraq, by killing an enemy he wanted dead anyway and thereby inciting the Iraqi government to demand the Americans leave.  Parliament has indeed done so, and the Prime Minister is likely to sign on so long as the current political chaos does not interfere.  I myself dared to hope this, but was not optimistic.  It seems the miserable view may be closer to the truth: Trump is now threatening sanctions against Iraq if the US is forced out on the grounds that they’ve build that super expensive air base already.

Hmm.  Rereading that article, it seems that Trump is not suggesting that the US will ignore the ruling and remain in the country as an occupying power.  Rather, the US would withdraw the remaining 5,000 personnel but impose sanctions.  Perhaps Vox might be right.  Give up, let Iran dominate Iraq, impose sanctions on both, and get the hell out of Dodge – that is very close to a sane policy.  On the other hand, Trump has had three years to get out of Iraq, Afghanistan, Syria et al, but has not.  Past behaviour is the most reliable predictor of future behaviour.  I guess we’ll see.

I’m not the only one to note that mainstream punditry on this topic is just as brainless as it was in 2003.  Everyone is a shill – either an Israel shill, a Trump fanboy shill, a never-Trump shill, a Trump derangement syndrome shill, a Shiite shill (Al Jazeera) or a Saudi shill.  The only MSM figure worth listening to is, yup, this guy:

Washington is now like Rome in the late period, with various factions vying for control.  The interests of Romans, or even Italians, had long since become irrelevant aside from keeping the free bread coming.  Why be surprised at foreign interference when you run a vast empire?  If you run a global empire, its various stakeholders will compete for influence within it.

Oh, who cares.  This is a blip in history.  It is not a case of, remember the good old days when politicians were honest?  World War I was far worse than this.  So were dozens of other conflicts over the past two centuries.  One big improvement has been that, since Vietnam, citizens of Western countries no longer tolerate massive casualties on their side during foreign adventures.  This has limited 21st Century meddling to constant, low-intensity, high-tech campaigns and raids.  No, the situation is not good, but it has previously been far worse.  Let us be thankful for that.  And anyway feck it, I’m too old to be conscripted if it all gets out of control.

If you have any more good links about this story, please post them below the line.

What else?  Here’s an interesting post on Yelp’s shenanigans.  Private security forces doing the jobs British police won’t do.  Meanwhile in Japan, the world’s oldest person has turned 117, people have to dumb down their Japanese so retarded foreigners like me can understand them, and a local slashed a Chinese tourist in the back of the head because she ‘didn’t like her attitude.’  No word on whether incorrect Japanese was the catalyst for the attack.