I probably like writing reviews more than you like reading them.  For me, it’s a way of getting my thoughts straight about what I read and consolidating in my memory whatever is most significant.  It is not an assessment of how good a book is; if it were rubbish I would not bother writing about it at all.  Rather, it is just whatever thoughts were inspired by it.  This is why I often get sidetracked and end up talking about that girl with cerebral palsy who I totally failed to pick up and who was probably a lesbian anyway, or that metre-long shit I once did in the bathroom of an Indian restaurant in Shinjuku.

The problem is, I read a lot of good books – indeed, some outstanding and moving books – and yet I have nothing much to say about them.  I could sum up my thoughts in a paragraph, so I haven’t bothered writing a review.

Now that I’m just finishing up the biggest reading period of my life, I feel like these books deserve some sort of recognition here at the People’s.

So here we go: my ultra-brief assessments of other good books I’ve read:

The Complete Works of Ibsen

The plays are entertaining, though at times support the view that a woman should leave her husband if she’s not haaaappy and a bunch of other notions that have since become quite popular.  Plays, I’ve decided, are silly.  They look good up on stage but when you read them they appear melodramatic and their message is banal.  I think this is pretty much what H.L. Menken already said.  Shakespeare gets a pass as his work doubles as poetry.

The Gambler by Fyodor Dostoyevsky

He wrote this to pay a gambling debt, and it comes across as a rapidly-written potboiler.  Still, even mediocre Dos shits all over everyone else, especially me.  Being an addict himself, he is good at painting the mind of the gambler when he is losing everything.  Tolstoy did this well, too.  Is it something about novelists, or Russians, or the two together?  I don’t know.

Aside from Cup Day sweeps, I have only attempted gambling once.  There was a slotto machine in a Japanese love hotel and I decided to give it a go, just for the experience.  To my dismay, I found that the minimum bet was ¥1,000 (about $10).  I put it in anyway, and the machine swallowed it and did nothing.

I don’t think I need fear becoming a gambling addict. 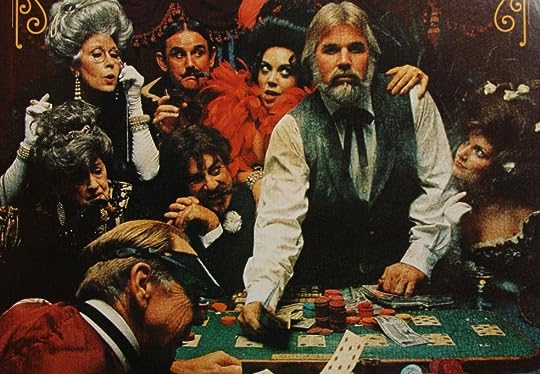 A River Runs Through It by Norman Maclean

I went on a five-day hike once and my mate was reading it, and kept laughing out loud so I decided I ought to read it one day.  Finally I did.

I like the bits where the adult brothers get jealous of each other’s fishing success and throw rocks in the other’s pond to mess them up.  And then the dad does it, too.  Men being childish is always funny.  And I like when the young guy comes down from the mountain in a single day to prove how tough he is, does not drink enough water, downs two ice cream sodas in a row upon his return and then collapses unconscious in a Chinese restaurant.  I laughed out loud at that, but not as much as my mate did. 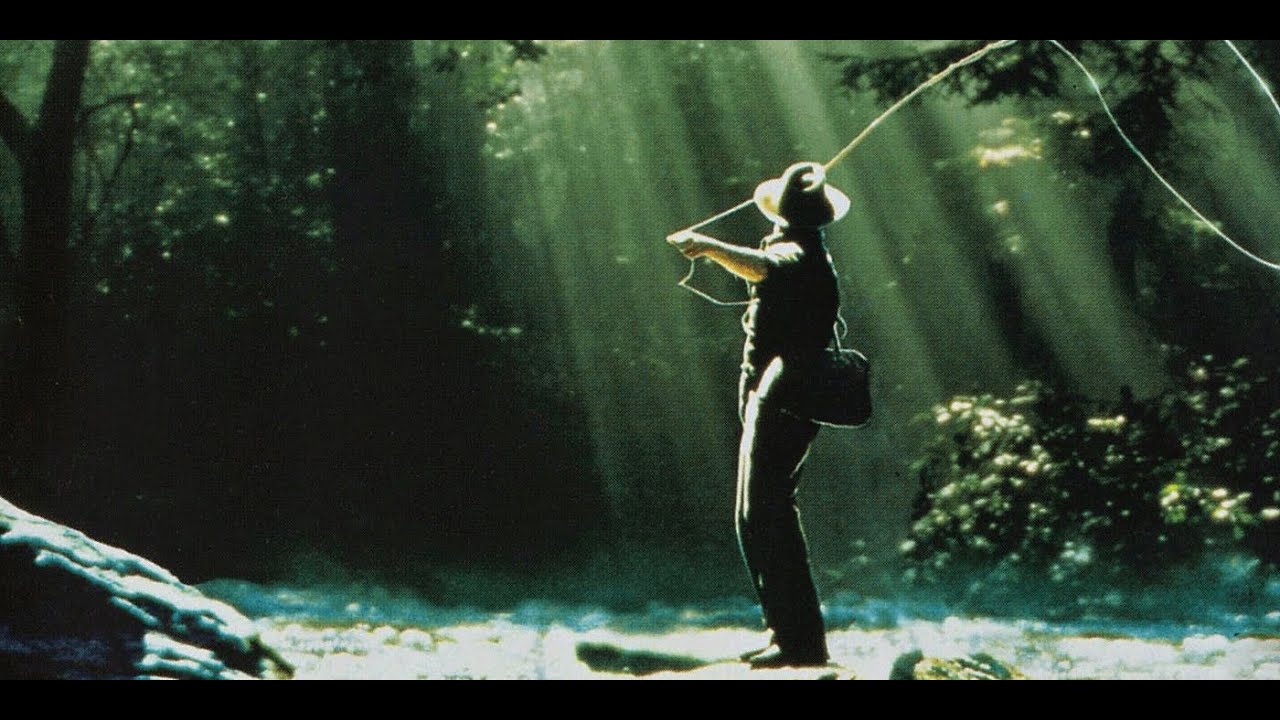 A Confederacy of Dunces by John Kennedy Toole

It is funny, not in a ha ha way but in a slow burn, absurdist way that I found engaging.  The author topped himself before it was published so it didn’t make him so jolly.

Parts of this are extremely informative and helpful, i.e. the chapters on how SJWs converge an organization and how to survive an SJW attack.  The case studies are fascinating.  Apparently Vox called Roosh during all that nonsense and gave him some helpful tips.

I feel like there is a weird sociological phenomenon happening now that future researchers will try to unravel, like the witch burnings.

I found the book less interesting when Vox Day was going on about the minutiae of the GamerGate stouch – computer games do not interest me, nor do the politics surrounding them.  I also found VD’s self-aggrandizing about his own role tiresome.  Is my gamma showing?

I appreciate how the author admits his own role in a self-centered political campaign as an example of how incentives predictably push people to do things that might not be a good idea for the economy or society as a whole.  More balanced than Thomas Sowell, I like the realism and clear-headedness of his approach.  Highly recommended for neophytes.  Paging Adam . . .

The Missionaries by Owen Stanley

This is one of those books that wouldn’t get published anywhere else these days.  Some UN types (oh jeez, I know them) try to civilize a savage Pacific island, while the racist white caretaker runs rings around them.  Quite funny and . . . I can relate.

I was only disappointed with the ending – it should not have been so easy for the old reactionary to save the day.

The soft edit was perfect but a more thorough hard edit would have improved the work.  I’ll check out more books published by Castalia House.  And yes, I do know who’s behind it.  Good on him. 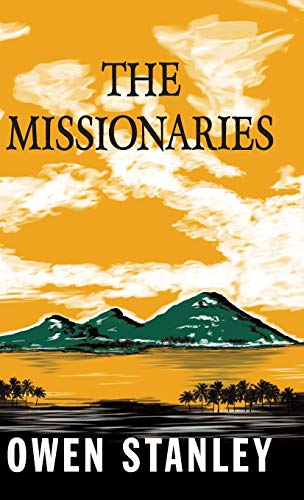 Do the Philippines by Matt Forney

This is a brief, to the point, and useful guide for anyone looking to visit the Philippines and maybe get up to a bit of mischief.  Or find a wife.  I used the book for one of those goals.

You don’t need this book to pick up over there – a pulse will do – but the other suggestions about life in the Philippines are handy.

I recommend the author update it, especially about current phone/WiFi deals and travel advisories for Mindanao and other places in light of continuing developments.  AirBNB prices have also risen in the past few years.

Up there with Poe, Lovecraft writes horror stories of the creepy, supernatural kind.  I like the one about the guy who is obsessed with a crypt and sits watching it all night.  That’s the stuff!

Readers are warned that one story is anti-Semitic and if they accidentally read it they will turn into Nazis.

Poor old Cervantes got enslaved by Ottomans for years, and he works some of that experience into his stories.  Thank Christ we’ve got the upper hand on ’em now.  He also gets post-modern, and within the narrative he pokes fun at those who published unauthorized and dodgy sequels to his book, and at himself for logical errors in the first volume.

Good on you, Miguel.

I got interested in this book when everyone was accusing James Comey of being quixotic. It’s this imp whitefellahs are prone to, where they think they are a hero and therefore go looking for a villain to defeat, and end up tilting at windmills or whiteness or whatever.

Perhaps long ago editing was not really a thing, because some parts could have been improved.  When the rich people were making fun of him and being mean, they really needed to get their comeuppance.  Though he’s an idiot, we like the Don.

Enjoy the Decline by Aaron Clarey

I agree with 85% of it and found it entertaining.  But Captain: lash out on a copy editor.  You’ve been told before, by better men than me.  Fun read for nihilistic bastards if you’re lucky enough to be one.

The Stand by Stephen King

I got this because sometimes I like something really long and silly to read, and because I’d enjoyed the telemovie when I was a teenager.  Remember that girl in it?  Yowzah!  The one at the top of the page, not below.

I got sick upon my return to Africa so plenty of recuperation time was spent on it.  As with the telemovie, the first half is fantastic while the second half drags on a bit.  One begins chanting, bring on the bomb!  Da bomb da bomb da bomb!  M-O-O-N, that spells bomb. 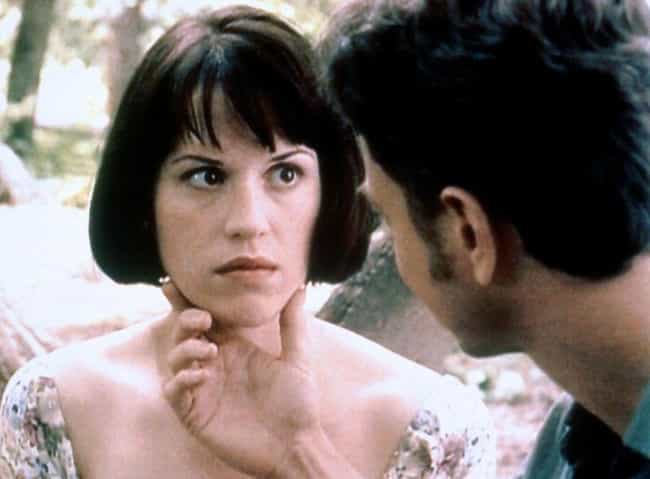 The Works of Rudyard Kipling

My favourite is The Man Who Would Be King, about some fellows who dream of ruling and civilizing Afghanistan.  Bush the Smaller seems not to have read it.  I also recommend At the Pit’s Mouth, and another story I just can’t find any more about a war artist who loves the soldier’s life so much that after he goes blind he returns once more to Sudan, to be in the thick of it and die amidst his old comrades.

I’m not sure why Kipling’s considered the Empire’s apologist.  To me he seems pretty cynical about the whole thing, but mostly avoids politics and focuses on vignettes of life from times and places now far away.

I could relate to his short stories about the endless rumour-mill, affairs, drama and stupidity of the British minority living in Simla and other far-flung places.  Here in Africa we have the same thing.  When I first arrived, at a diplomatic party the boss could point out who’d shagged who, and it was quite a tangled web.  Then I stopped going to parties. 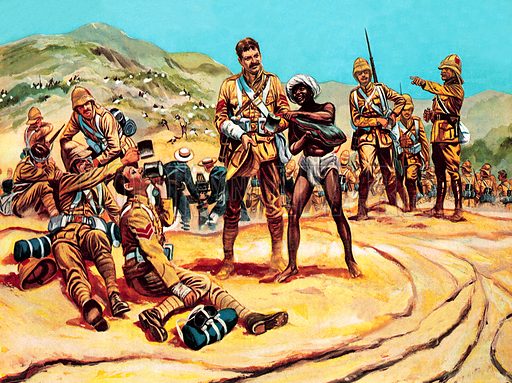 More book reviews coming soon, ‘cos I read a whole stack of ’em while I was in the bush.  Hope you found something you might like.