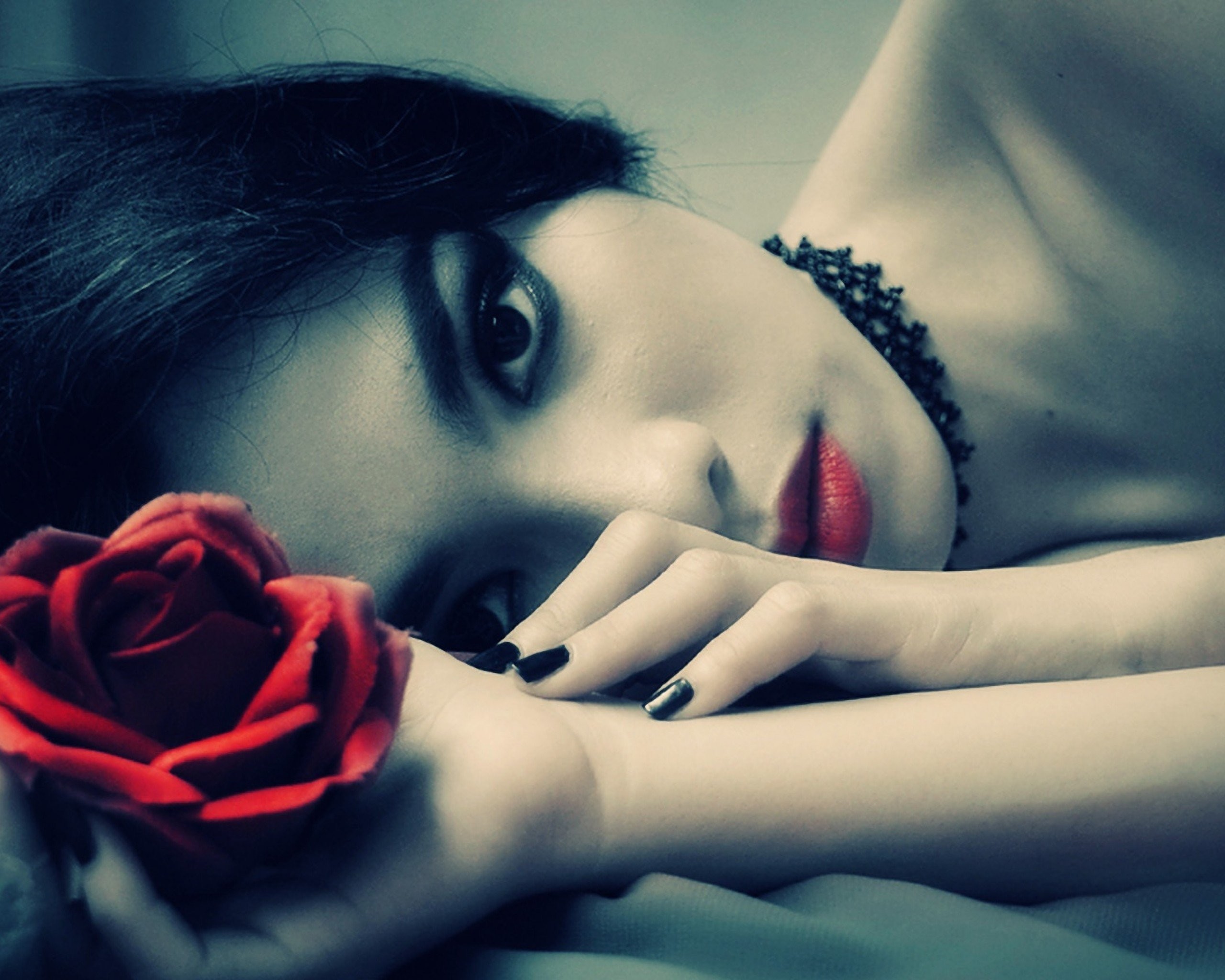 Continuing to Shakespeare’s sonnets, I think we can skip the Eighteenth because you already know it.  In the Thirtieth he gets into a maudlin spiral, but finds a way out:

WHEN to the sessions of sweet silent thought

I summon up remembrance of things past,

I sigh the lack of many a thing I sought,

And with old woes new wail my dear time’s waste;

Then can I drown an eye, unused to flow,

And moan the expense of many a vanish’d sight.

Then can I grieve at grievances foregone,

And heavily from woe to woe tell o’er

Which I new pay as if not paid before:

But if the while I think on the, dear friend,

All losses are restored, and sorrows end.

The following one reminds me of a time in my life when many sorrows fell close upon the heels of each other, and all the way through it I thought, at least I have a girlfriend who loves me, and the thought of her kept me going.

And then she left.

When other petty griefs have done their spite,

But in the onset come: so shall I taste

At the first the very worst of fortune’s might;

And other strains of woe, which now seem woe,

Compared with the loss of thee will not seem so.

You can read the rest for yourself.

And in this flea our two bloods mingled be;

Thou know’st that this cannot be said

A sin, nor shame, nor loss of maidenhead,

Yet this enjoys before it woo,

And pampered swells with one blood made of two,

And this, alas, is more than we would do.

As you may know, I’m not religious, but nor am I terribly anti-religion.  I find that for other people it helps them in many ways, and one of them is in their artistic inspiration.  This is most noticeable in music, where a spiritual longing can lead to incredible achievements such as Mozart’s Requiem or Shreya Ghoshal’s devotional songs.  One cannot imagine an atheist being similarly inspired, although Strauss gave it a red hot go.

THE LAST and greatest Herald of Heaven’s King

Girt with rough skins, hies to the deserts wild,

Among that savage brood the woods forth bring,

Which he more harmless found that man, and mild.

His food was locusts, and what there doth spring,

With honey that from virgin hives distill’d;

Made him appear, long since from earth exiled.

There burst he forth: All ye whose hopes rely

On God, with me amidst these deserts mourn,

Only the echoes, which he made relent,

When I suspend disbelief I find that pretty moving.  And to think, the poor old bastard ended up with his head upon a platter.  But we’re not up to Eliot yet.  Here’s another sweet one for the religiously inclined, by Robert Herrick (1591-1674):

HERE a little child I stand

Heaving up my either hand;

Cold as paddocks though they be.

Here I lift them up the Thee,

For a benison to fall

How could God ignore such an innocent plea for mercy?  How could he ever let the little kiddies starve or get rickets?  No doubt commenters will tell me, and I will not bother to read their sophistry, and I will go to Hell.

Rollo’s most essential commandment (“NEXT!”) was nothing remarkable back when the red pill was just common sense.  George Wither (1588-1667) shows us how it’s done:

I will ne’er the more despair;

If she love me, this believe,

I will die ere she shall grieve;

If she slight me when I woo,

I can scorn and let her go;

For if she be not for me,

What care I for whom she be?

And here is another in the same vein, by James Graham (1612-1650).  It reminds me of the girl who always claimed she wanted us to be more serious but in the end I found out she was still trolling for new talent on the same dating site where we met.  She’d even added new photos, some of which were taken at a wedding we’d attended together.

My Dear and Only Love

Where I should solely be,

If others do pretend a part

Or dare to vie with me,

Or if Committees thou erect,

And go on such a score,

I’ll laugh and sing at thy neglect,

And I never did.

[Edit: since I originally wrote this post she messaged me, after we had maintained a three-year silence.  I did not respond but I was surprised to find that my mighty heart was still broken.  I am not the reptile that you think I am.  I just like to give you that impression through my tough-talking blog.  Most of the time I’m reading picture books to sick children in hospital or cuddling baby pandas as I gaze at the moon and weep for the tragedy and absurdity of human existence.  Blocked the bitch.]

Here’s a poem aimed at potential cat-ladies who might scorn George or James, but this one’s by Herrick again:

GATHER ye rose-buds while ye may,

And this same flower that smiles to-day,

Then be not coy, but use your time;

And while ye may, go marry;

For having lost but once your prime,

You may for ever tarry.

I kind of understand the English poets’ obsession with spring.  Melbourne has a long, grim winter so the first sunny day has everyone smiling.  I guess the English spring must be the same but more so.  Here’s Herrick again, urging his lady-friend Corinna to get up and enjoy the beautiful day because soon they’ll be dead, and in general it is a cry for us to smell the roses, make hay while the sun shines, smoke ‘em if you’ve got’em; eat, drink and be merry, for tomorrow we dine in Hell:

And take the harmless folly of the time!

We shall grow old apace, and die

Before we now our liberty.

Our life is short, and our days run

As fast away as does the sun.

And, as a vapour or a drop of rain,

Once lost, can ne’er be found again,

So when or you or I are made

A fable, song, or fleeting shade,

All love, all liking, all delight

Lies drowned with us in endless night.

Then, while time serves, and we are but decaying,

The name Corinna reminds me of the car, Carina.  Is there any car less suitable to the theme of seizing the day?  Certainly not if your idea of seizing the day involves driving up a hill with three friends, and one of them is fat.  There is a legend that the Australian city of Newcastle can only be escaped via a steep highway, so that those with less powerful cars are trapped there forever.  Nice beaches, but.  I had a friend from Newcastle but he died a few years ago.  For the record, he very much ‘went a-Maying’, and enjoyed wonderful experiences during his short life.  Every now and then I think of him and of fine pieces of advice that he gave me, and I remember that he made his own life worthwhile by following his own counsel.  One of his sayings springs to mind: “The root you knock back is the root you’ll never get.”

Lest we finish on a positive note, we’ll conclude with Francis Bacon (1561-1626) wondering how one can stop and smell the roses when the whole world stinks of shit:

THE WORLD’S a bubble and the life of Man

Less than a span;

In his conception wretched, from the womb

So to the tomb;

Curst from his cradle, and brought up to years

With cares and fears.

Who then to frail mortality shall trust,

But limns on water, or but writes in dust.

Yet whilst sorrow here we live opprest,

What life is best?

Courts are but only superficial schools

The rural parts are turn’d into a den

And where’s a city from foul vice so free,

But may be termed the worst of all the three?

Or pains his head:

Those that live single, take it for a curse

Or do things worse:

Some would have children: those that have them moan

Or wish them gone:

But single thralldom or a double strife?

But our affections still at home to please

To cross the seas to any foreign soil,

Wars with their noise affright us: when they cease,

We are worse in peace; –

What then remains, but that we still should cry