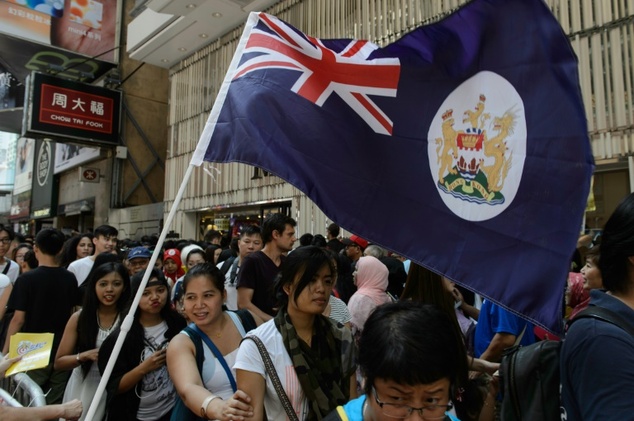 I’ve visited China twice, a decade ago and recently.  The difference was stark.  It was once rough but friendly; these days you’ll feel unwelcome before you’ve even left the airport, and I strongly discourage you from flying Chinese airlines or transferring via a Chinese hub for this reason.

Having been in the region, I know many foreigners who have lived there for a very long time, and the stories they tell are all the same: it used to be pleasant, but now rising nationalism, materialism and generalized hostility are making the place unlivable.  Westerners are fleeing.

Some compare the change to the rise of the Nazi party, but I think a better parallel is that of Imperial Japan.  The Germans were driven to the Nazis by the Treaty of Versailles, the Great Depression, the chaos of the Weimar Republic, and the ever-present threat of communism which had taken hold in nearby Russia.  The Japanese, on the other hand, seemed to whip themselves into a frenzy over trade and foreign policy issues where more moderate responses could have been effective.  At the moment, there are no deep, underlying causes for China to menace all us foreign devils – only the normal growing pains of a great power rubbing up against its neighbours.  I blame a lot of this on King Poo and those too cowardly to stand up to him.

Anyway, all this is an introduction to a great YouTube channel I just got put on to.  Many, many fascinating episodes, but this is a good one for starters:

The comment threads after each video are also worth your time.

Is life cheap to the Chinese Communist Party?  Nope, it’s worth around $750,000.  Reminds me of the fellow kidnapped by savages who plan to make a canoe out of his skin, but allow him to choose his own manner of death.  He asks for a fork and immediately stabs himself all over: ‘You’re not making a fucking canoe out of me!’

Let’s move away from China – please!  Imagine your wife had a hysterectomy – would you bake her a womb-shaped cake as a joke?  Hmm?  Probably not, and if you would please stop reading my blog.  On other other hand, wives’ jokes about a vasectomy are normal, and expose their underlying contempt.  That Rollo, he’s still got it.

What kind of people are trying to get into Europe, and what are their families like, who they will try to send for through chain migration once they’re in?  Plenty of them are like this.

Speaking of empathy, if you haven’t seen the story about the heiress Tiffany Li being accused of murdering her ex-boyfriend over a custody dispute, you really must have a look just for the physiognomy of the alleged, but now cleared, perps.  Next time I see sanpaku I’m running, and as for the fellow, I already do.

These days if I read Quillette at all, it is to see how much of the truth it dares to say aloud.  Usually, they do not say the thing that all their readers know to be true, as though they are carefully tiptoeing around it for the benefit of any leftists who might stumble upon or hate-read the site.  For example, this article about African migration to Europe suggests that Europeans could better help by supporting African governance.  No mention of why failed states went pear-shaped to start with.  This one about disruptive students dares to mention Obama-era discipline policies towards minorities, which is very bold, but there is no soul-searching about why some minorities get into hardly any trouble at all.

Think I’ll give Quillette a break for a while.  Truth is, I’m only linking them because I got a few click-throughs last time I did.  We keep it real here at the Soviet.

This is an interesting article that claims recent feelz-focused policies came to the fore as women gained formal influence in society.  It is a strong argument, but choosing Larry Summers as the starting point might be misleading as he was not an entirely innocent victim, even though his speech may have been without fault.  There is a more recent Sailer article where he talks about other Summers shenanigans but I can’t find it now.

A review of the Snowdon book.  I hope when he leave office, Trump pardons both him and Assange.

What SJWs hate most is when you laugh at them.  So always do that.

More about the creepy world of Ghislaine Maxwell.

Adam considers the two recent TV ads that have caused a stir.  My thoughts: 1. Sales figures will deliver the final say, though the ad execs for the latter were probably not thinking about that.  2. Who still watches TV?

For kids who don’t know what we’re talking about, this was TV:

Yet more fake news about polar bears.  Kids, polar bears were these things . . . oh hang on, they still exist.

As usual, wise thoughts from Pat Buchanan, this time on US support for Hong Kong protesters.

That’s enough for today.  You can follow me on twitter @nvladivostok1.  I hate Twitter but that’s where the kids are.  They don’t have the patience to read 1,000 word blog posts anymore, let alone books.

Kids, blogs were these things where . . . oh bugger off and do your homework.