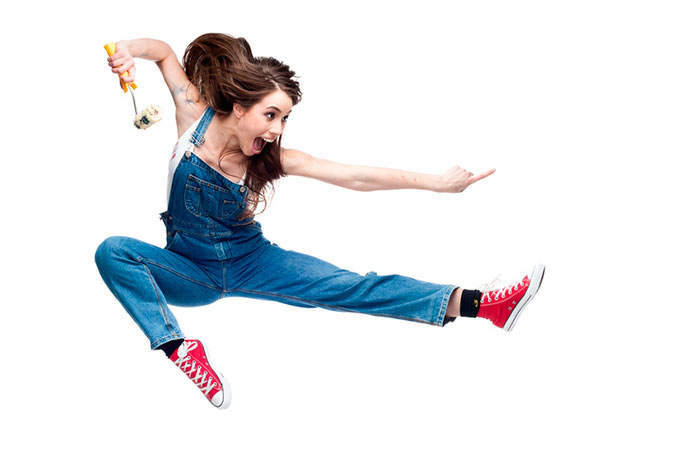 At the time of writing I have exactly four months to go in this country.

I’m curious about those studies of mental well-being around the world where people give themselves a subjective score out of 10 to rank their happiness.  Colombia always does well.

From about age 23 I’ve consistently assessed myself as having a baseline happiness, or contentedness, level of about 7.  I’d sometimes go higher if I got fresh pussy (as I called it then), lower if I got sick, but I was always around that level on the average day, and I thought that was fine.  My only concern was that I seemed to work too much, and I thought that if I had more time to myself I’d be happier.

If I’d considered the question when I was younger, I would have given myself a lower score.  But I don’t recall thinking about it in such terms back then.

I’m not some spoilt millennial who’s never had to experience hardship before.  I’ve had family members die, serious illnesses, major breakups, unemployment, isolation, and assorted dramas I will not bore you with now.  Before I came here I thought I was pretty strong.  And then I arrived.

Last year was hell.  Barely a day went by when I did not consider just packing my bags and leaving.  I came close to exhibiting physical violence, crying, and most dangerously of all, saying what I was really thinking.  But I did not succumb.

Looking back, I can’t believe I made it through the year.  How did I do it?  I haven’t told you all of what happened, but if I did, you would be surprised too.  The whole experience brings to mind the Japanese series The Day I Decided Not to Cry (泣かないと決めた日), which even my non-existent Japanese readers will not have heard of.  Everything fell down upon my head, but I did not give up.  In retrospect, I’m not sure this was rational.  I guess I kept thinking things were so bad, they would have to start getting better.  That had always been my experience in the past.  Instead, things kept on getting worse.  But how was I to know that?

Anyway, what is done is done.  I have probably caused serious damage to my long-term health, but I have also nurtured the long-term health of my finances, and soon I will have ample time to rest and recover.

And this year: now that I think about it, I’m probably at about 3.5/10.  Things aren’t too bad.  As I have said, there is simply no joy in my life.  Nothing fun.  Every day is bland, dull, irritating.  There is nice scenery to look at and birds to listen to, but while I appreciate them, they do not cause me joy.  Beauty alone won’t do it for me.

I do not suffer the outrageous bullshit of last year, though.  Things are bearable.  But if I were stuck here forever I would kill myself.  Yes, I am often given to hyperbole, but that was a deadly serious statement.  Go excrete your hysteria in the comments.

So I suppose I will survive until the end.  I’m not sure if I was strong before, but I’m a pretty tough old bastard now.  I used to think I could never join the army because I could never shoot anyone.  Today I’d relish the opportunity.  No water, no power, no gas, no bank transfers, no TV, no internet, no freedom to travel, no respect?  No worries.  I’ve had influential people exerting every effort to take me out and, while I didn’t smirk calmly like the Maga kid, I didn’t back down.  I probably should have.  But I didn’t.

It could be worse.  I have one colleague who, in her long life and career, has been kidnapped, threatened by terrorists, blocked from leaving a country, and much else besides.  She’s as calm as a Brahman cow.  None of the problems here ruffle her in the slightest.  I guess it depends on your perspective.

Anyway, I can handle the 3.5/10 for a few more months.  I am very confident that my level will jump back up to 7 once I’m out (it will momentarily jump to 11/10 the instant the wheels leave the tarmac), and if I can settle down somewhere nice and succeed in eking out a new life for myself, I reckon I could even reach an improved baseline of 7.5.

But no higher than that.  I am a naturally gloomy fellow and I would not have it any other way.

Postscript: I’ve been out for a month and I find it hard to define my present happiness level.  It is not 11.  I just can’t believe that I’m out, and I’m feeling lost and adrift, but not necessarily in a bad way.  More than happy, I am beginning to feel more relaxed.  The stress is slowly lifting and I am finally allowing myself to lower my guard and get into holiday mode.  I am like convalescing patient.  Tomorrow morning my goal is to figure out what to do next.  I realize now, there was no way I could think rationally about it in Africa.  Now that my mind is clear I can begin to deal with it.  And once I have a goal I will know what to do.