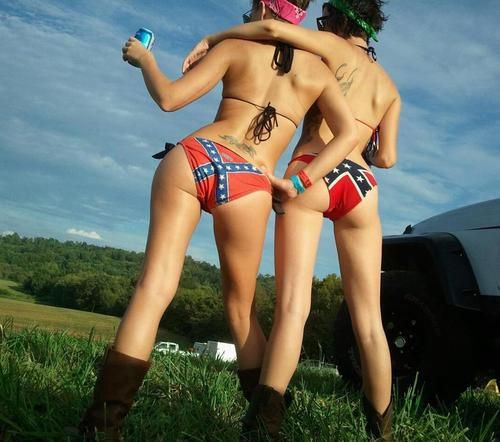 There is a war going on among white people, particularly in the Anglosphere but also in other places.

The war was perhaps first predicted by Charles Murray and Richard J. Herrnstein in The Bell Curve, where they noted that high-IQ people were becoming a class unto themselves, with different social circles, media, and hobbies, and that they might one day form their own political or social consciousness.  Murray expands further on this phenomenon in Coming Apart.

Several commentators have since described the way that this has indeed happened.  John Derbyshire divides our populations into Goodwhites and Badwhites, with other ethnic groups performing auxiliary tasks (mostly on the side of the former, who like to imagine that their interests coincide).  The Z-Man describes the belligerents as Cloud People and Dirt People, with the first looking on the second with contempt and not at all understanding the world they inhabit.

Three examples will suffice to demonstrate the schism between these groups.

– When Kevin Bloody Williamson said that poor white communities should die, the Badwhites claimed he wanted those low class white people to literally die out in favour of the new arrivals.  I think this is an unfair interpretation of his remarks but the reaction demonstrates our central point.

– When that crazy old Injun was banging a drum in the faces of the white, Catholic schoolboys, Goodwhites instinctively, ferociously and instantaneously took the side of the native.  It was not love of Native Americans that prompted all these adverbs, but rather their absolute hatred of flyover Christians in Maga hats.

– The meltdown after Trump’s election victory was an expression of disbelieving outrage that the Badwhites had somehow beaten the Goodwhites and their allies.

Most of my readers are Badwhites.  You are at least sympathetic to Trump or approve of the cat-among-the-pigeons effect he’s having upon those who hate you.  You consider the whites of your country, broadly, as a kind of extended family, and you are angry about the way the poorer of your cousins are being treated with such policies as the importation of hostile foreigners who are placed in their neighborhoods, the economic liberalization that is sending their jobs to China, and the crushing of their dissent against these measures, especially in the case of multiculturalism.

And this is where I come in.  I used to be a Goodwhite.  I believed all, or most, of those things that you’re supposed to believe to join the club.  I only fell down on my stubborn support for free speech.  I socialized exclusively with other Goodwhites.  I consumed only Goodwhite media (The Age, Radio National), and I supported Amnesty, Oxfam and all those other Goodwhite organizations.

What did I think of Badwhites at that time?  Did I, too, view them with contempt?

I remember thinking the things that follow, which I hope will give you an insight into the inner workings of the present Cloud Mind:

– The working class should not be allowed to operate heavy machinery (when a truck came too close to my bicycle).

– The working class are idiots for voting for conservative governments.  They only do so because they are racist and thereby vote against their own true interests, because any dreams of ‘getting ahead’ are false without appropriate social programs.

– Working class whites have a crap culture.  They watch Today Tonight, listen to commercial radio, like popular music, view mainstream films, and talk exclusively about mindless nonsense like which celebrities are having affairs with whom, how long a sportsman may take to recover from injury, and whether the Prime Minister is going bald.  They eat fast food.  They are fat.  They gamble.

They don’t even do yoga.

– Badwhites are morally inferior to us Goodwhites.  They are racist, sexist, homophobic (today you could add transphobic but we weren’t up to that yet), and they support stupid wars.  And they eat too much meat.  And they smoke.

– Secretly, I thought the problem with democracy was that Badwhites could vote, though I could see no way around it.  I imagined it would be better if the civil service took on a larger role in order to counteract the ditherings and deleterious policies of incompetent elected officials appointed by ignorant electors.

– Most environmental problems are caused by Badwhites because they drive big cars around the outer suburbs and the bush, use plastic bags and frequent McDonalds.  Taxes should be higher on all those things.

– I have more respect for immigrants than for Underclass whites because the former have more in common with me than the Badwhites do.  They eat ethnic food, value education, and do interesting stuff like listening to Indian film music or celebrate Chinese New Year.

– I cannot remember thinking it outright, but I wonder if I delighted in the discomfort of Badwhites in seeing Asians roar past their kids at school and roar past themselves professionally and economically.  Take that, you racists!  I may have retrofitted this to my memories in light of current reading.  I don’t know.

So perhaps that is how present day Goodwhites see the others, and they lump in educated wrongthinkers like us, assuming there can be no intellectual merit to any skepticism about their progressive program of globalization and fringe elevation.  Also note the lack of empathy for the situation of those they consider beneath themselves.

Having read The Bell Curve, I can see the danger in dismissing those less bright or educated than oneself.  I can recall many occasions when I’ve had conversations with people less intelligent or well-read than myself and I have learnt new things.

Some examples: I once did volunteer work with a borderline-retarded chap who told me that second-hand car dealers make their money from the financing, not from the cars.  He’d learnt this through hard experience that I had not had, and as soon as he said it I thought, aha!  He’s right.  Now that whole business is starting to make sense.

When I was learning Japanese I sometimes encountered a newb who knew way less than I did, but they’d nevertheless know a cool phrase or bit of slang that I’d never heard before.  You never know what a person might learn first – it is not always the basics.

I remember there was this dumb kid in high school.  He failed most of his subjects and ended up dropping out after Year 10.  The topic of sugar production came up in social studies, and he proceeded to give the class a detailed lecture about each step in the process.  A secret genius?  No, he’d grown up in Queensland on a sugar plantation.

I’ve sometimes been on the other side of this equation, where I have been talking to a cleverer person about a thing which by chance or experience I happened to know more about.

Here is where Goodwhites (and others) go wrong: they assume that because they are smarter than the working-class Badwhites, they know everything and their lessers know nothing.  That isn’t how the world works.  While you may indeed be brighter than another person, they may yet know all sorts of things that you know nothing about, even if just because of the very different experiences they have had.  They are very much worth your while talking to, and socializing with, and it makes our society poorer that different cognitive and economic groups are segregated as is currently the case.

I have seen this attitude even within the alt-right itself.  For example, Vox Day got into a catfight with one of his Castalia House writers, and some of their argument degenerated into a big-dick competition about who had the higher IQ.  A person who has a sky-high IQ can be, and often is, wrong.  Slower people can be right, and they often are.

High IQ people are prone to believing stupid things, and the topic interests me so much that future posts will come back to it repeatedly as I complete further research.

If you have a high IQ, and most of you do, that’s great.  No doubt you have found it to your advantage many times throughout your life.  But don’t fall into the all-too-common fallacy of arrogantly assuming you know everything.  Right at this moment you probably think half a dozen things that are totally wrong.  Try and figure out what they are.  Having trouble?  Ask a dumb person for help.

I’m here if you need me.