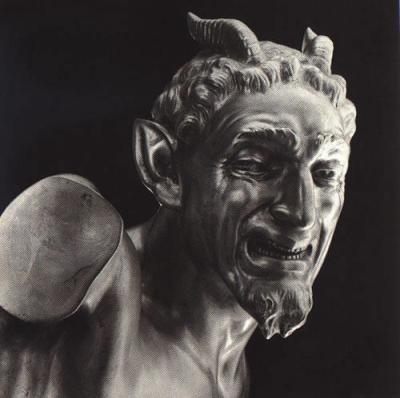 Been cast into Hell for eternity?  Look on the bright side.  That’s what he does:

Infernal world, and thou profoundest Hell

Receive thy new Possessor: One who brings

A mind not to be chang’d by Place or Time.

The mind is its own place, and in it self

Better to reign in Hell, then serve in Heav’n.

Whose side are you on, Milton?  You seem to have framed the Devil as an admirable Stoic.  Of course Milton has to pretend to side with insipid, old God and his goody-two-shoes son, but the scenes of those two sedatives chin-wagging are about as compelling as the dinner table conversation at the Flanders’ house.  We can disregard the boring bits.  Paradise Lost is an epic poem about literature’s most fascinating and maligned character, the one who dared to stand against God himself.  He may have a bad reputation but the Devil seduces from us our curiousity.

Milton opens his verse in the midst of the drama, with Satan having been END_OF_DOCUMENT_TOKEN_TO_BE_REPLACED